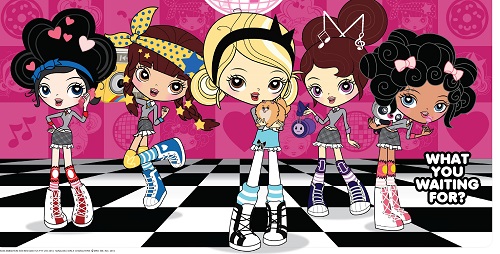 First pitched at Kidscreen’s Asian Animation Summit 2013, the 26 x 22-minute toon has since been commissioned by Network Ten in Australia, with Malaysia and Melbourne’s Film Victoria kicking in some additional funding.

Inspired by Stefani and her original Harajuku Girls back-up dancers, the show stars HJ5 band members Love, Angel, Music, Baby and their inspirational leader G. Each time the girls start a gig, something crazy happens before the first note is played, and they must dodge curveballs thrown by antagonists including angry aliens and NoFun politicians before the show can go on.

In consumer products, Mattel has been named global master toy licensee  and will produce a line of dolls and toys for the property.