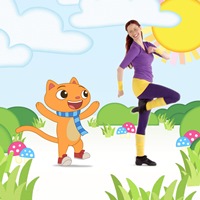 Atomic Cartoons dances into a new demo and genre

Nico Can Dance! is Atomic's first preschool series, as well as its first move into the live action-animation space.

In each ep of the show, host and co-creator Rachel Frost Franco draws on her experience as a former dancer and instructor to teach an animated cat how to dance.

According to Michele Paris, head of children’s programming at Knowledge Network, Nico Can Dance! dovetails nicely with the broadcaster’s multi-platform strategy. While the shorts are running on-air, viewers will also be able to download a free app featuring episodes and a game produced by Atomic.

Nico Can Dance! will launch on Knowledge and BBC Kids in the fall, running in between longer-form programming at least five days a week. And Atomic is planning to take the short series to MIPCOM in October. The studio’s expertise in kids comedy animation (Rocket Monkeys and Pirate Express, for example) should help open doors in the international market for its newest offering for the three to five crowd.

From Playback Daily, with files from Kidscreen