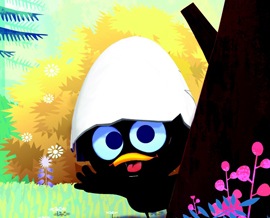 Gaumont Animation (formerly Alphanim), along with co-production partners Studio Campedelli, TV Tokyo, and Kodansha, has closed a raft of deals with international broadcasters for its revamped animated series Calimero.

Based on the original IP of the same name created in 1963 by Nino Pagot, Toni Pagot and Ignazio Colnaghi, which spawned 290 episodes of animation that aired in more than 80 countries, Gaumont’s rebooted Calimero had a record-breaking debut on French broadcaster TF1′s TFOU kids block in 2013.

Calimero is distributed by Gaumont worldwide, except in Asia.