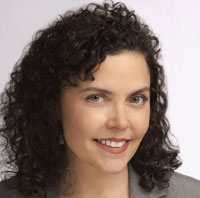 As part of parent company Viacom's restructuring efforts, a wave of layoffs has hit Nickelodeon's preschool and animation operations, with the departure of five senior-level executives across both divisions, including EVP of preschool programming Teri Weiss (pictured).

As part of parent company Viacom’s restructuring efforts, a wave of senior-executive layoffs has hit Nickelodeon’s preschool and animation divisions.

On the preschool side, Nickelodeon’s EVP of preschool programming Teri Weiss and Kay Wilson Stallings, SVP of production and development for Nickelodeon Preschool, Nick Jr. and NickMom, have left the company.

Sixteen-year Nick vet Weiss was promoted to her role in 2012. In her prior remit as SVP of the same position, she helped Nick develop numerous preschool hits, including Team Umizoomi, Bubble Guppies, Go Diego, Go!, The Wonder Pets! and Olivia.

Wilson Stallings, named to her current role in 2013, was responsible for overseeing the production of current series Bubble Guppies, Blaze and the Monster Machines, Fresh Beat Band and Zack and Quack. In her prior role at Nick as VP of development and production, she helped develop preschool mainstays such as Backyardigans, Yo Gabba Gabba!, Wow! Wow! Wubbzy!, Lazytown and Peter Rabbit.

When asked who was heading up the preschool programming division in the wake of these departures, a Nickelodeon spokesperson offered no comment.

Magallenes was appointed SVP of Nickelodeon Animation, current series in 2012. An 18-year Nick vet, he started at the company as a story consultant for TV shows like Rugrats, The Wild Thornberrys and Angry Beavers, working his way up to executive director of animated and live-action series, and most recently VP of animated current series.

Boyd became SVP of animation development in 2012. Also an 18-year Nickelodeon veteran, she oversaw animated series and Nick’s comedy shorts program. Former Disney exec Sanford joined Nickelodeon in 2012, and was responsible for all areas of series development, from concept to pilot.

The layoffs are part of a corporate overhaul at Viacom, which is expected to help save the company US$250 million a year, according to Viacom CEO Philippe Dauman. Layoffs have already hit other divisions of the company, including MTV, VH1 and TV Land.