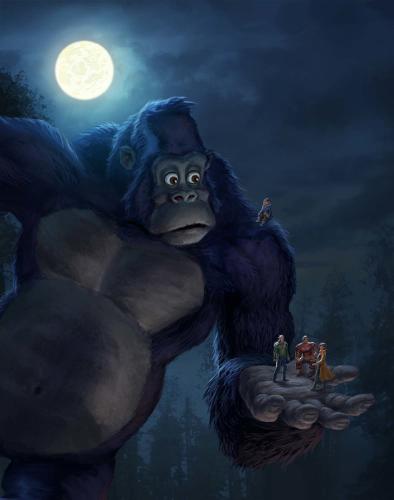 MGA Entertainment has snapped up the exclusive worldwide master toy rights for the upcoming Netflix original animated series Kong - King of the Apes from producer 41 Entertainment .

MGA Entertainment has snapped up the exclusive worldwide master toy rights for the upcoming Netflix original animated series Kong–King of the Apes from producer 41 Entertainment .

Targeting kids five to 10, the product range will include figures, electronic and action plush, playsets, vehicles, games (electronic and non-electronic) and learning-aid toys. Toys will begin rolling out at retail in the US this fall, and then into Europe and Latin America in 2017.

Netflix plans to release 41 Entertainment’s Kong feature film in March 2016 and follow it up with the 12 x half-hour series in the spring.

The CGI-animated series is a modern take on the classic King Kong tale. Set in 2050 on San Francisco’s Alcatraz Island, which has been transformed into the most impressive Natural History and Marine Preserve on earth, Kong finds himself framed by a villain who unleashes an army of gigantic robot dinosaurs on the world. Now a fugitive, Kong teams up with three young humans who know the truth and risk their lives to help him avoid capture and save humankind.

Acclaimed superhero movie producer and former Marvel CEO Avi Arad (Spider-Man, X-Men, Iron-Man, The Incredible Hulk) of Arad Animation is the executive producer of the series, in partnership with 41 Entertainment.

According to 41 Entertainment’s managing director, Allen Bohbot, more details about the licensing program will be revealed “in a major way” at Licensing Expo, which takes place in Las Vegas from June 9 to 11.