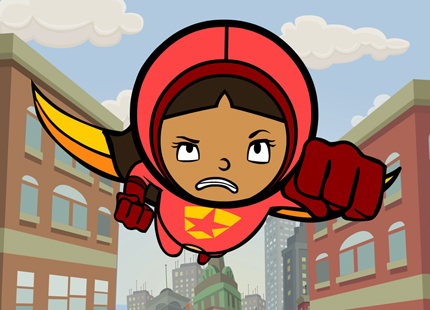 Soup2Nuts to close its doors

The Boston-based animation studio behind animated series WordGirl (pictured) is shutting down at the end of March.

After years of fostering new creative talent and supporting Boston’s animation industry, Scholastic-owned studio Soup2Nuts is shutting down at the end of March.

Formed in 1993 as Tom Snyder Productions, the Boston-based animation studio was renamed Soup2Nuts in 2001, which was also the year children’s publishing giant Scholastic acquired the company.

Scholastic bought up the animation studio from Canadian publishing company Torstar Communications to add to its in-house programming capabilities.

In the kids space, the Scholastic-owned studio’s credits include preschool series Astroblast, a 52-episode show airing on Sprout and NBC Kids, as well as web-based series Chuck Vanderchuck for PBS KIDS.

Its latest series is WordGirl, which airs on PBS KIDS in the US. Premiering in 2007, the animated series has picked up numerous awards including an Emmy Award for Outstanding Writing, a Television Critics Award for Outstanding Achievement in Children’s Animation and a Gracie Award for its portrayal of a strong female character.

In the animation industry at large, Soup2Nuts is known for its work in creating the Squigglevision computer animation method, as well as creating long-running series for major TV and cabletnets, including its first series Dr. Katz, Professional Therapist which aired on Comedy Central for six seasons.