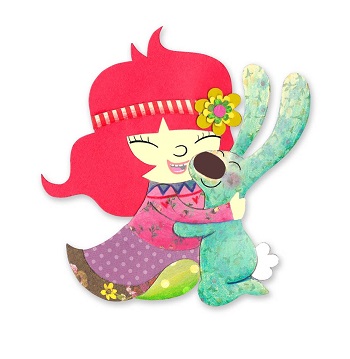 In its first licensing deal for the US market, preschool property Deer Little Forest is getting its first app, courtesy of mobile content developer Playrific.

In its first licensing deal for the US market, preschool property Deer Little Forest is getting its first app, courtesy of mobile content developer Playrific.

Deer Little Forest comes from creator Jo Rose, with all rights for the property managed by Lisa Hryniewicz at Koko Media. Licensing rights are represented in the US by Think Tank Emporium, which brokered the app deal with Playrific.

The Boston-based developer will produce a standalone app for iOS and Android devices, which will be distributed through iTunes, Google Play and Amazon Kindle App stores.

Slated to launch this summer, the app will use pre-existing images, characters and digital assets to create eBooks, puzzles, coloring, maker activities and Match3 games.

The property is currently being developed as a 52 x 11 minute preschool series with King Rollo Films (Poppy Cat, Mama Mirabelle, Maisy, Humf). The book publishing rights are in discussion, while licences for magazine activity pages, greeting cards and t-shirts have been signed both in the UK and abroad.