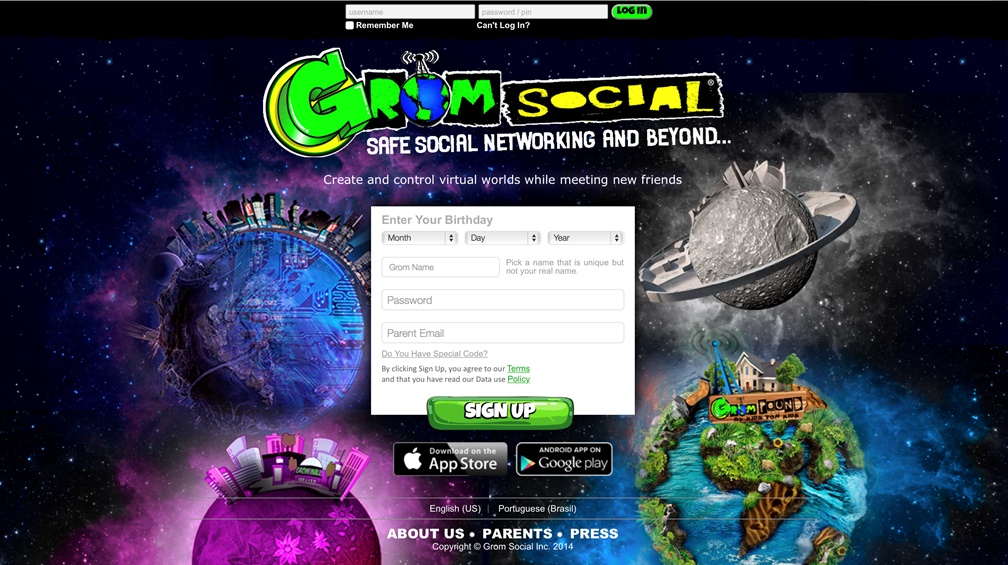 Getting in front of the kids demo with Grom Social

For advertisers, content producers and toy companies looking to get their products in front of kids, a new social networking site with 750,00 kid subscribers, created by 14-year-old Zach Marks, may just be the place.

At age 11, after his parents declared Facebook a no-go, Zach Marks set out to create his own social network.

His COPPA-compliant social networking site, Grom Social, launched in June 2012. Since then, the site has amassed close to 750,000 subscribers. Designed by kids for kids, the site’s content is curated by Marks and his siblings, who range from three to 16. Featuring a blend of social networking, games, entertainment, videos and articles, the kids-only site requires parental permission to become a member.

“GROM Social’s growth has been viral,” notes Sander Schwartz, who serves at Grom Social. “It started with kids in school, then those kids had other friends outside of their schools and word spread in the local Miami community.”

After mainstream media picked up news of the site in 2012, subscribers began streaming in from all areas of the states. And like that, a teen social media mogul was born. Also a platform that holds the attention of close to three-quarter of a million kids.

“It all starts with the by kids, for kids motto,” Schwartz explains. “It’s not created by adults thinking that they know what kids want. Because of all the COPPA restrictions, it’s a very challenging space to get into, but because of the dedication and creativity of Zach, you’ve got someone who has figured out a way to do it properly and populate it with content that’s attractive to kids.”

For  kids industry players looking to get in front of that audience, Grom Social is introducing its social  network to the trade at tomorrow’s iKids conference in Miami.

Now at the point of reaching out to kids biz community, Grom will be looking for potential opportunities for collaborations and cross-promos or other co-operative initiatives. “We do have approximately 750,000 kids and growing, notes Schwartz. “It’s a powerful number of kids to bring to the table when it comes to creating promotional and other opportunities.”

Schwartz says the company is looking to partner with a variety of kids industry players, whether that’s kidsnets, manufacturers, mobile app developers or content producers.