Both series will broadcast on CBeebies channels in Australia, Poland, South Africa, Pan-Asia and Latin America.

Nelly & Nora, a show that inspires children to be energetic and embrace the weather, premiered worldwide on Irish pubcaster RTEjr on February 2 and debuts to buyers at the Kidscreen Summit in Miami this week. 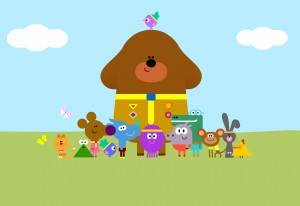 And following its successful launch over the holidays, BBC Worldwide has secured broadcast deals for Hey Duggee with French broadcaster France Television, YLE in Finland, NRK in Norway, SVT in Sweden, RUV in Iceland and RTE in Ireland.

In the show, Duggee runs a children’s playgroup and sends the kids on adventures to earn badges, which encourages problem-solving and physical activity.