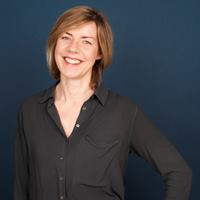 McCann will be responsible for sourcing and developing live-action and animated properties for 9 Story Media Group's slate.

McCann will be responsible for sourcing and developing live-action and animated properties for kids across all age groups. 9 Story Media development executive Mike Drach will continue to oversee projects that are in funded development with a broadcaster, while McCann’s focus will be on taking new projects from inception through to the final pitch. McCann will report to Natalie Dumoulin, 9 Story’s VP of creative affairs.

McCann was mostly recently a creative producer at France-based animation producer Marathon Media, which is part of the larger Zodiak Kids entertainment group. She also held the position of director of post-production while at Marathon Media. She helped to develop Marathon Media’s overseas coproduction operations, and assisted in creating and managing two satellite studios in Montreal and Los Angeles.

McCann’s previous credits include Totally Spies!, Martin Mystery, Gormiti and Marsupilami. She was most recently part of the development and pre-production team on animated series Get Blake!, which is set to bow on Nickelodeon in the U.S. and on Gulli in France later this year.