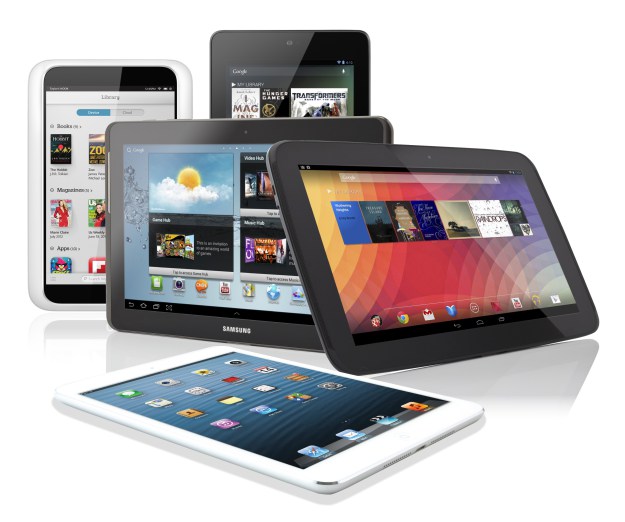 New data from market research firm The NPD Group has spotted an interesting trend emerging in the battle of traditional versus electronic toys in Canada.

New data from market research firm The NPD Group has spotted an interesting trend emerging in the battle of traditional versus electronic toys in Canada.

“Parents are starting to think their kids are spending too much time on their electronic devices,” says Alex Teper, toy industry analyst at The NPD Group. “They’re worried that their kids are becoming lazy.” An added bonus of traditional toys is they get parents off the couch, too, and they get to spend more time bonding with their children, he adds.

NPD’s research also shows kids are most influenced by what they see their friends doing, whereas parents typically figure out what they want ahead of time, and then confirm their purchase online or by talking to friends. And those purchases are not necessarily kid-specific. 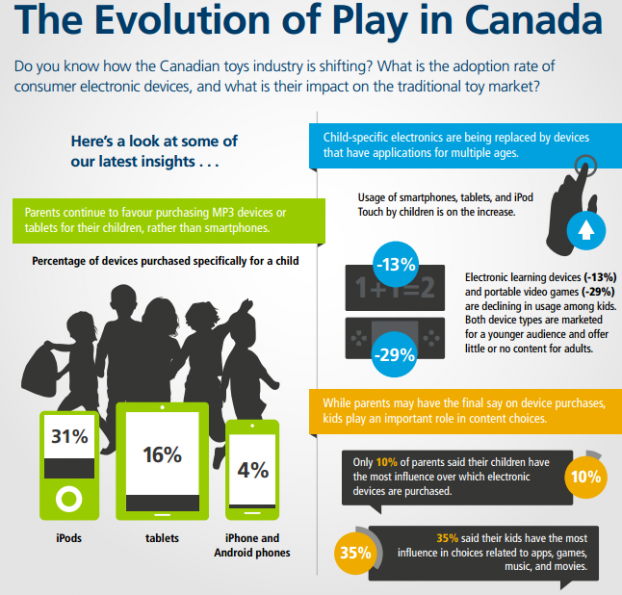 Infographic: The latest on toy-purchasing trends in Canada, courtesy of The NPD Group

“Tablets and iPods—things that can be used by multiple age groups in the household—really drove sales,” he says, adding once the device is in the home, kids are the ones driving downloads. “Mom and dad are still going to choose the device that comes in, but after that, the content is really controlled by the kids.”

With this new data in mind, who should marketers be targeting?

“If it’s a remote-control car or an action figure, then targeting the children would be more effective,” he says. But when it comes to well-known brands that parents grew up with, targeting them makes more sense. “A part of why LEGO became a phenomenon is because it was such a reputable and established brand with parents and grandparents.”

As for the future of toy buying, Teper says there will always be a place for traditional toys, but don’t expect the trend of multi-age electronics in the home to slow down any time soon. “The traditional size of the pie will shrink a little bit more over the next few years,” he says.