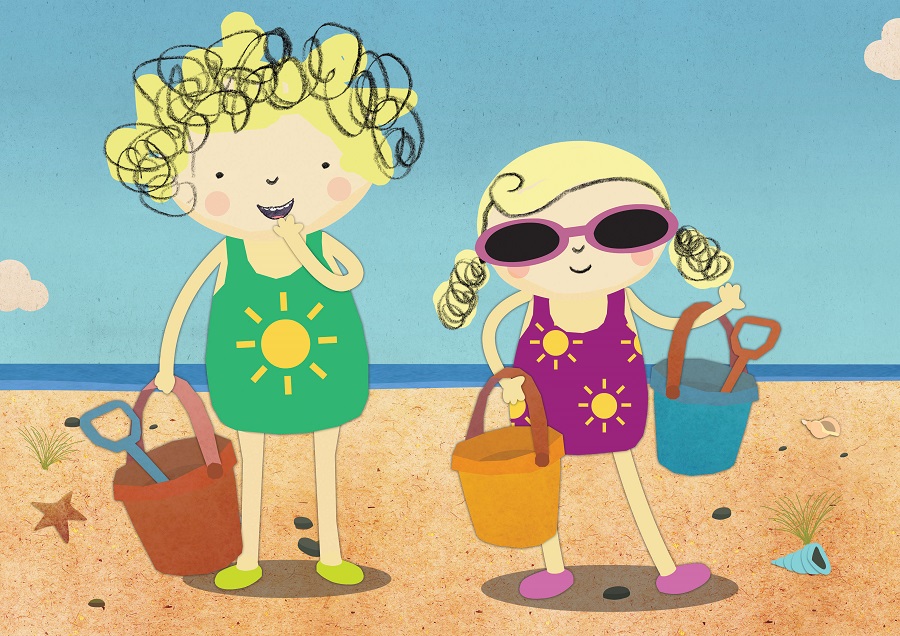 Nelly and Nora to make world premiere on RTEjr

Rain or shine, the highly-anticipated preschool series Nelly and Nora will make its worldwide premiere on Ireland's RTEjr on February 2.

The show follows two young girls who, along with their parents, spend their weekends and holidays at the family’s mobile home in a camping park near the sea—where weather plays a big role in their daily activities.

Developed by Emma Hogan and directed by Jamie Teehan, Geronimo pitched the series at MIPCOM 2013, where it was immediately picked up for broadcast, distribution and publishing deals.

CBeebies has picked up Nelly and Nora for UK broadcast in May, while BBC Worldwide will take care of international distribution and broadcast on global CBeebies channels. Geronimo has also reached a co-production partnership with German broadcaster KiKA, and London-based Walker Books is publishing the IP’s first picture book in early 2016 as part of a broader publishing program.

Nelly & Nora will launch internationally at BBC Worldwide’s Annual Showcase in Liverpool, England, in February and at Kidscreen Summit in Miami the same week.