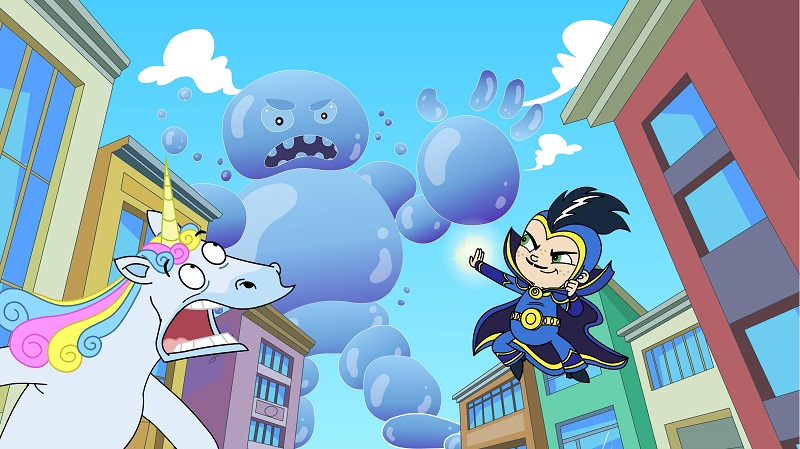 France Télévisions, meanwhile, has acquired free-TV rights for the show, while further deals have been signed with ABC Australia, MBC (the Middle East) and Noga (Israel). The series premiered on Canadian animation net Teletoon in November 2014.

Commissioned by Corus Entertainment’s Teletoon, the series is created by Brad Peyton (Cats & Dogs 2: The Revenge of Kitty Galore, Journey 2: The Mysterious Island). Aimed at six- to eleven-year-olds, the series follows Kyle Lipton, a regular kid who discovers he can turn into superhero Dr. Dimensionpants after he receives a cosmic pair of trousers.