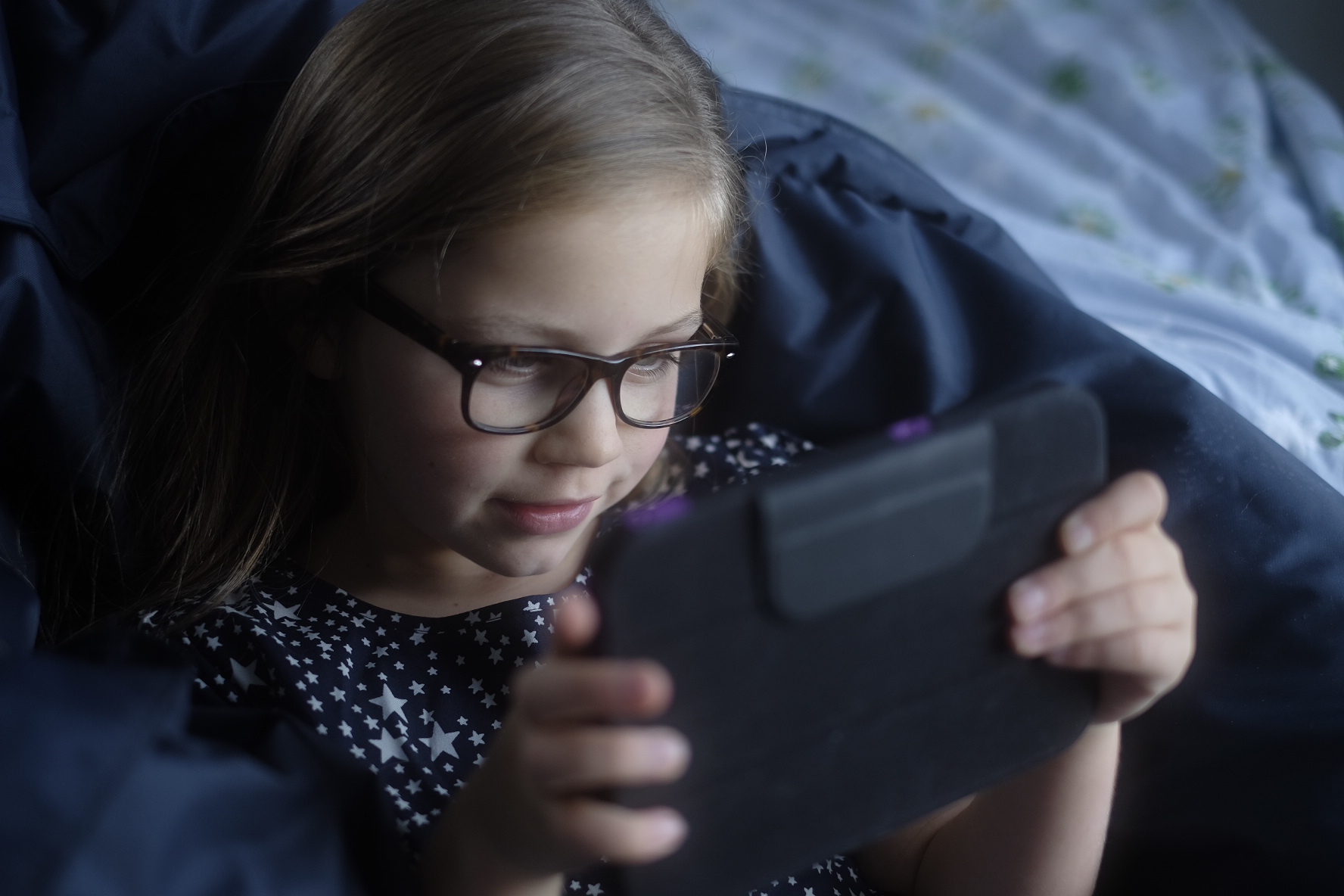 He Reads, She Reads, E-reads!

In this guest post, Kara Liebeskind, research manager at PlayCollective, shares the results of the new eBook and eReading report published by PlayCollective and Digital Book World.

This week’s guest blogger is Kara Liebeskind, Research Manager at PlayCollective. She received her Ph.D. in 2013 from the University of Pennsylvania Annenberg School for Communication. In all of her research, Kara has tried to explore aspects of children’s media that maximize learning in an effort to enhance the educational value of the media. She is particularly interested in examining the role of parents and the efficacy of applying media research in the classroom.

This post is excerpted from Kara’s article in Publisher’s Marketplace.

Children have been reading ebooks much longer than there have been mobile devices: the Living Books CD-ROM series dates back to 1992. It was the advent of the eReader and the tablet, though, that made digital books a growing part of kids’ everyday experiences.

As the penetration of eReading grew, PlayCollective and Digital Book World set out to get a handle on how and when children ages two to 13, and their parents, were incorporating these new options into their routines. The resulting series of reports, launched in January 2013, has tracked consistent growth in families’ ownership and use of eReading technologies, even though from the first study children were already voracious consumers of digital books, with over half of all kids eReading and a whopping 85% of those doing so at least once a week.

The 2015 report uses findings from that study and a second in 2014 as benchmarks for change and indicators of emerging trends. It is based on a survey of 752 parents of children who eRead, and reveals both consistent patterns and notable shifts in the rapidly evolving world of kids and eReading.

eReading devices continue to become increasingly accessible and affordable. Tablets continue to reign as the most common digital reading platform for children, but ownership of these devices seems to have, at least temporarily, plateaued. In both 2014 and 2015, 82% of eReading families reported that their children used a tablet to eRead, at least part of the time. Ownership rates for eReaders have similarly remained stagnant at 64% from 2014 to 2015. Since many families have both eReaders and tablets, it is important to track all devices on which children read more than once a week; last year eReaders had caught up with tablets, but now tablets once again pulled ahead (82% vs. 76%).

The tablet horse race seems to swing back and forth depending on who has most recently introduced a new device or version. Last year, the Kindle Fire became the tablet most commonly used for e-reading among children, but the new Kindle Fire HD took the throne this year, pushing the original down the list and into a tie with the iPad. The iPad Mini is a close second to the Kindle Fire HD, though, suggesting that Android and Apple devices now seem to be on an even playing field.

Across these devices, the studies have explored how children get and use eBooks.

In digital space, parents remain the primary purchasers, but over the course of our studies parents have become more likely to allow children a say in selecting their reading matter. Even when parents make the purchase alone, their children’s preferences are their foremost criteria, even more so than last year (57% vs. 53%).

When it’s time to buy the next title, parents also use eBooks that their children previously enjoyed to help them choose. For younger children, parents look for the same author but on a different topic or theme. For the oldest age group, by contrast, parents try to stay consistent with both author and topic. This is not parents’ only influence, though. They also rely on a variety of other sources when making eBook selections, including developer reputation, whether their children already own the print edition, and, of course, price.

Anyone with a toddler has experienced the “again, again!” phenomenon, and indeed preschoolers like to read the same ebook over and over, both during a single reading session and across multiple uses (74% and 81%, respectively). By contrast, older children tire more quickly of a particular eBook.

Young people still read print books more often, but they prefer reading eBooks. That may be why digital reading caught up almost completely in the last year. Balancing the equation, parents prefer print books for reading with their children, and they are willing to pay more for a book in this traditional format. Despite their personal inclination, though, parents reported no preference when asked which platform they felt was better for their children’s learning (27% vs. 27%).

The term “eBook” can conjure many different images. There are straight conversions of a print book to digital “ink.” There are texts with multi-media supplements like images or video. There are enhanced picture books with embedded playful “Easter eggs” or interactive elements. Finally, there are titles with games and activities that are more like apps than books. Discussions about the direction of reading often center on eBook formal features and how they scaffold emerging literacy and support dialogic reading, or by contrast how they distract from the story.

Significantly, parents reported a rise this year in their willingness to pay for eBooks that have enhanced features (35% compared to 27% in 2014). It may be that parents believe the value of eBooks to be in their unique and engaging features and affordances, and without such features they’d prefer to purchase the books in print.

Next to the long and storied history of the print book, the eBook is still in early infancy, and that is what makes it so fascinating to study. In the coming years, the content and context of eReading are certain to evolve greatly. Engineers will invent new technologies, and content creators will imagine innovative presentations. Whole genres of literature designed expressly for eReading will emerge, and families will discover new ways to share a love of reading. Academic researchers will discover how these new options influence growth and learning, and market researchers will uncover new ways of matching readers with texts and technologies they will love. It is truly an exciting world for reading, and PlayCollective is thrilled and honored to be exploring it!