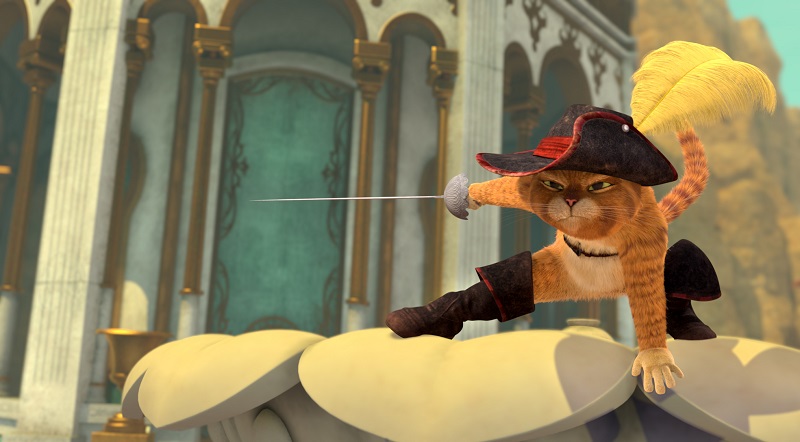 The first five eps of the swashbuckling feline's new series bow on January 16 as part of the 300-hour output deal between DreamWorks Animation and Netflix.

The Adventures of Puss in Boots, based on the suave feline from the Shrek franchise, is the latest DreamWorks Animation original to bow on Netflix.

Kicking off January 16, five 22-minute eps will launch on Netflix in the US, Canada, Latin America, the UK, Ireland, the Nordics, Benelux and France. Additional eps will roll out throughout the year.

Following the feline fortune-hunter and his adventures in the mystical hidden city of San Lorenzo, the animated series features Eric Bauza (The Book of Life, Turbo FAST) as Puss in Boots, along with the voices of Jayma Mays (Glee), Laraine Newman (Doc McStuffins) and Joshua Rush (Mr. Peabody & Sherman).

As the latest original in the landmark 300-hour output deal between DWA and Netflix, the show joins the recently launched All Hail King Julien. Additional content from DreamWorks launching later this year on Netflix includes new seasons of Dreamworks Dragons and  DinoTrux.

The news comes on the heels of the studio upping Bonnie Arnold and Mireille Soria to the post of co-president of feature animation, in a changeover that saw longtime DWA exec Bill Damaschke step down from his position as chief creative officer.