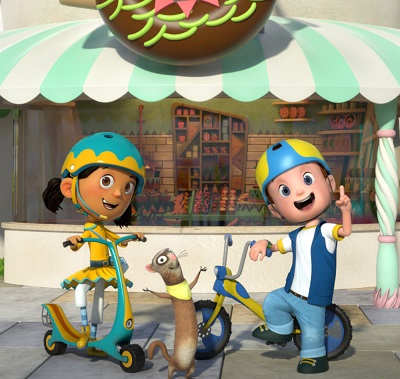 Six new kids pilots will debut on January 15 in the US, the UK and Germany, including preschool offering Buddy: Tech Detective (pictured).

As a part of its commitment to finding new original content, Amazon Studios is debuting six new kids series pilots on January 15.

Greenlit last August, the pilots will soon be available on Amazon Instant Video in the US, the UK and Germany. As a part of Amazon’s first pilot season of 2015, the news kids offerings are debuting alongside seven new comedy, drama and docuseries.

The chosen kids pilots include animated preschool series Buddy: Tech Detective (pictured) from The Foundation and Jellyfish Animation; Sara Solves It from WGBH and Out of the Blue Enterprises; and The Stinky & Dirty Show from Brown Bag Films.

For kids ages six to 11, Amazon has Niko and the Sword of Light from Imaginism Studios, Studio NX and Titmouse; Table 58 from Phineas and Ferb writer May Chan; and Just Add Magic, which is based on the book by Cindy Callaghan and adapted for TV by Joanna Lewis and Kristine Songco (Fairly Odd Parents, My Little Pony) and Nancy Cohen.