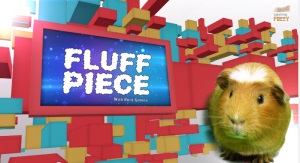 Something Fuzzy this way comes

Big Tent Entertainment and Brain Power Studios are teaming up to launch a new pop-culture-powered pet channel on YouTube that will feature new content weekly, and a licensing program down the road.

YouTube may not be all about cat videos anymore, but Big Tent Entertainment is betting that felines and other furry critters still have the power to attract on the platform. On Wednesday, the New York-based brand licensing and marketing company announced that is has teamed with Beth Stevenson’s Brain Power Studio in Toronto to launch the YouTube channel Something Fuzzy.

Big Tent plans to build Something Fuzzy into a franchise, starting with a licensing program focused on apparel, novelty, pet products and social expressions.

Film, TV and music distribution company The Orchard, meanwhile, has been brought on to build the channel’s viewership and subscriber base.