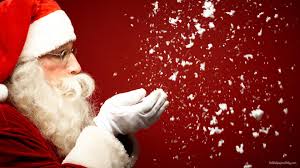 Believe in the magic of play

In this edition of Out of the Sandbox, blogger Wendy Smolen looks at Disney's new Imagicademy "ecosystem" of digital and physical products focused on making learning a family experience rather than a classroom lesson.

On December 11, Disney is launching Imagicademy, a new “ecosystem” of digital and physical products focused on making learning a family experience, rather than a classroom lesson. What I find interesting about this is that kids have always learned out of school. Kids learn by playing. Where better to do that than in the comfort of their own home, away from the desks and discipline of a classroom? To create an entirely new brand around this says as much about what parents seem to want and need as it does about the play and learning paths addressed.

Parents wanted apps that promoted learning, and were part of a logical progression, explained Jeff Sellinger, SVP of Disney Learning. Disney, a trusted brand with a rich library of stories and characters was perfectly positioned. Once they called in the education and curriculum experts, it was a no-brainer. One of the main selling points stressed in Imagicademy is that a companion app for parents lets them follow along on a separate mobile device, and interact as kids play, sending back messages and sharing in real time.  To make it even more useful, the parent app suggests several realistic offline activities to augment the learning/play using common household objects (think toilet paper tubes, duct tape, and paper). Disney is not the first company to engage parents. Leapfrog’s Learning Path has been doing it for years. Kidaptive, a new maker of kids’ educational apps recently released Learner Mosaic for parents. But this is Disney.  ‘Nuf said?

Imagicademy debuts with two mobile apps; within a year, it will expand into books and interactive toys.  The initial set of Imagicademy apps are good. The first one, Mickey’s Magical Math World has five activity centers that feature progressive math concepts. It’s fun, easy to use, and engaging, if not especially ground-breaking. The second release, due out in January, is Mickey’s Magical Arts World, addressing creative arts.  It too contains five activities within the app.

But this one is more innovative. Starting with a blank canvas, kids can create their own character and watch it star in a Disney cartoon. Jaded as I am, I was caught up in the “magic.”

But I digress, even as I enjoy playing. I keep coming back to the rationale behind the Imagicademy brand. I can’t fault Disney for finding new white space. They’re pros. The apps are fun! The positioning, products, and progression into other platforms is thoughtful and engaging. Having myself written a book on ways to play with kids, I applaud Disney for extending the online action into offline activities. But what nags me is that parents think kids need curriculum-based “play” in order to “learn.” What happened to getting down on the floor with them and just being silly? Or baking Christmas cookies together? Wrapping different shaped boxes? Even playing Disney apps that make kids giggle? Does everything have to have a second agenda to pass parental muster?

For the next few weeks, let’s drop the curriculum clause. It’s school vacation. Let’s all believe in Santa Claus. Let’s play and imagine, and create and let the “learning” happen naturally. The way it always has and will.