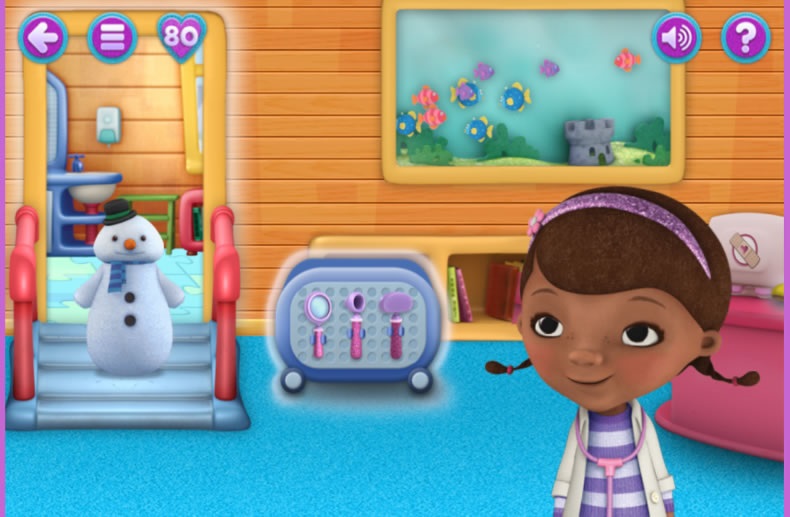 One of the top-five ratings drivers for Disney Junior in several Euro countries, Doc McStuffins is getting her own interactive website optimized for tablet and other mobile devices.

Inspired by the hit preschool property, the site lets kids interact with the doctor through desktop, tablet and mobile platforms.

Already live in Poland, the Middle East, South Africa, France and Italy, the site is set to launch in Turkey on December 10, and in the UK, Denmark, Sweden, Norway, the Netherlands, Germany and Spain on December 17.

The site lets kids become the Doc’s right-hand assistant to help fix broken toys. They can also create their own avatars and posters, as well as play mini-games inspired by the show.

Doc’s World builds on the success of similar platforms Sofia’s World and Jake’s World on Disney.co.uk.

Since premiering in EMEA in April 2010, Doc McStuffins has become a top-five ratings driver for Disney Junior with kids in the UK, Spain, Italy, Denmark, Sweden, Norway, Portugal, South Africa and Poland. According to Disney UK, from July to September 2014, the show was watched by over 32 million viewers, which equals nearly a quarter of all young kids in EMEA.

The show’s popularity is mirrored across Disney’s other divisions, including a top-selling product range, and it has become EMEA’s fastest growing preschool property.