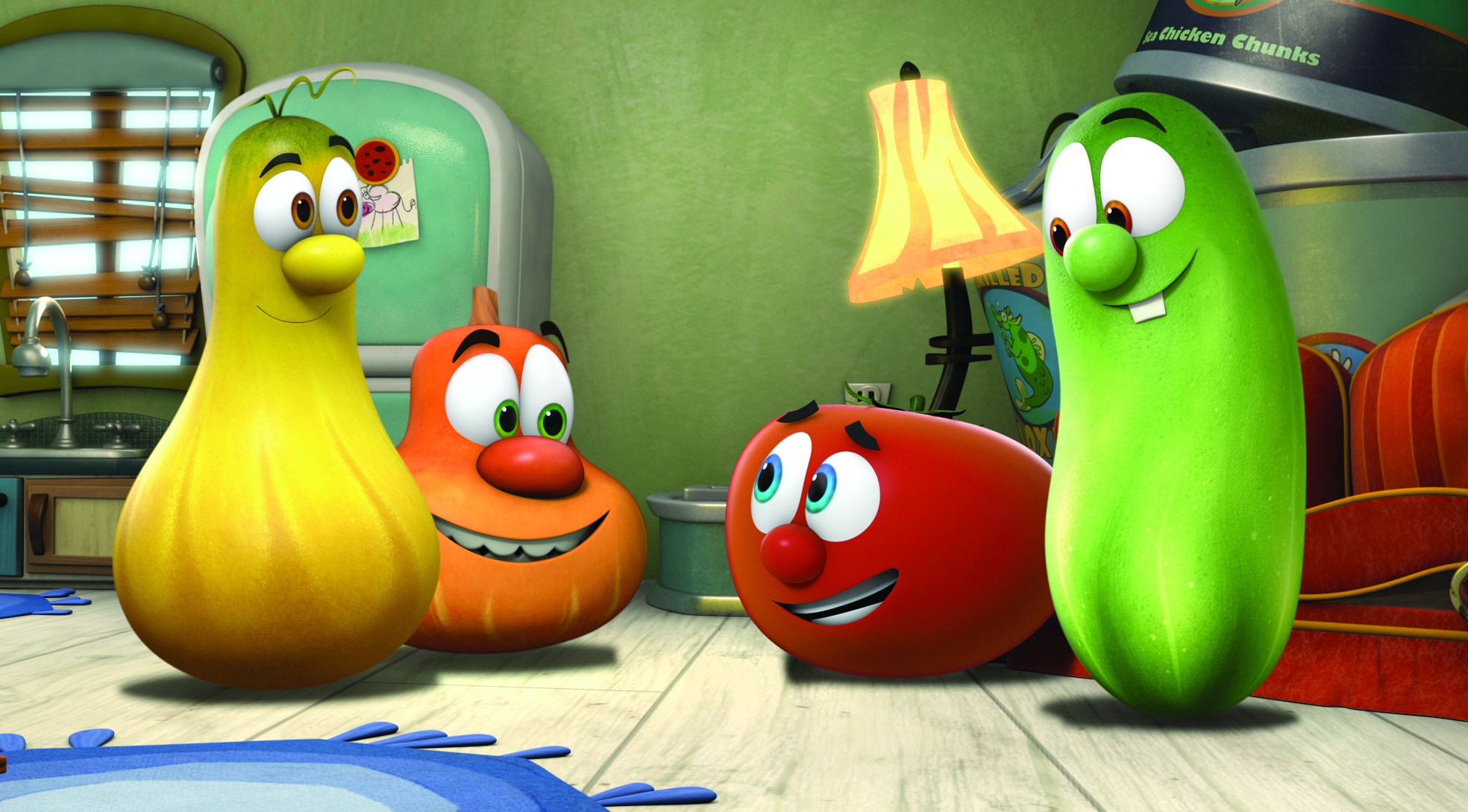 VeggieTales Q&A: Off the counter and onto Netflix

Big Idea's Mike Nawrocki and DreamWorks' Marjorie Cohn chat with Kidscreen about the development process of new Netflix original series VeggieTales In the House, including how Bacon Bill arrived on the scene.

Since 1993, faith-based studio Big Idea Entertainment has been educating and entertaining a large and loyal fan base for its values-driven animated VeggieTales property. Launched as a direct-to-video format, more than 70 million copies of the IP’s episodic and feature film content have been sold globally to date, along with 15 million books and seven million music CDs.

The IP’s first television series currently airs in the US on Trinity Broadcasting Network, and the brand has expanded into toys, clothing, a stage production, bookshelf apps and appisodes. Now, with the creative help of DreamWorks Animation, which purchased Big Idea and VeggieTales in 2012 as part of its Classic Media acquisition, the property is heading into new territory as a refreshed, original Netflix series.

VeggieTales In the House is  part of DreamWorks’ 300-hour output deal with Netflix. Three seasons  (totaling 75 x 22-minute episodes) are on order, and the first five eps will debut on the SVOD service November 26. Returning are beloved main characters Bob the Tomato and Larry the Cucumber, as well as popular secondary veggies Junior Asparagus, Petunia Rhubarb and Laura Carrot. But also expect to see new characters (including the show’s first meat-based character, Bacon Bill) and music, updated animation, and a bigger household environment for the veggies to explore beyond the comforts of their kitchen countertop.

Mike Nawrocki, who co-created VeggieTales with Phil Vischer, and DWA head of television Marjorie Cohn spoke with Kidscreen about the development of the new series and future opportunities for the property.

Why did DreamWorks decide to revamp VeggieTales for Netflix?
Cohn: It immediately resonated as a property with great appeal and a loyal core audience. We felt the IP presented some terrific creative opportunities that could simultaneously strengthen and broaden the VeggieTales fan base.

What were the first steps in the development process?
Cohn: We wanted to bring a different feel and sensibility to the series to make it distinct from the very successful VeggieTales DVDs and videos, so Doug TenNapel (Earthworm Jim) was brought on as showrunner. His concept to bring the veggies off the countertop and into the larger world of their house was fantastic. He has a wonderful creative approach that establishes the show as something new and exciting while maintaining the core life lessons and faith-based values of the property.

How does the new series stand apart from the existing content?
Nawrocki: The format is the biggest difference. Our DVDs are mini movies with a more traditional three-act structure and hero’s journey. The new 11-minute shorts are more like situational comedies. The characters are more mobile, too. They have vegetable cars to zoom around in, and olive dogs they can walk. It’s a fanciful new world. The scale is also different. With the DVD series, the veggies were scaled to human size, but now they are scaled to vegetable size in a human kitchen and home.

In the original series, which ran from 2006 to 2009 on NBC’s former children’s block Qubo, the network removed overtly religious references to comply with its neutrality standards. How is Netflix addressing the religious aspects of the revised show?
Nawrocki: There are no restrictions whatsoever in terms of content. We have free reign over that. For us, the biblical values are the heart of VeggieTales. If we don’t have them, our fans will say, ‘We’re not VeggieTales.’ The phrase “God made you special and He loves you very much” that Larry and Bob are famous for will be a part of the show.

What are your goals for the new series?
Nawrocki: Netflix has more than 50 million subscribers, so we do hope to reach a broader audience. Today, seeing the viewing habits of kids and families, it makes a lot of sense to enter that space, but we’ll take it one step at a time. We’ve had success in the past on Netflix with our catalog DVD content. This is part of the reason why Netflix was interested in doing a brand-new VeggieTales series.

Are there any plans for more TV movies and holiday specials, or expansion into gaming apps or short-form web content?
Nawrocki: Yes to everything. We want to be in all those spaces to tell VeggieTales stories. Our biggest goal is to be a resource for parents who want to help pass on biblical values to their kids with wholesome entertainment that is fun to watch.

Here’s as exclusive clip from the new VeggieTales In the House original Netflix series: