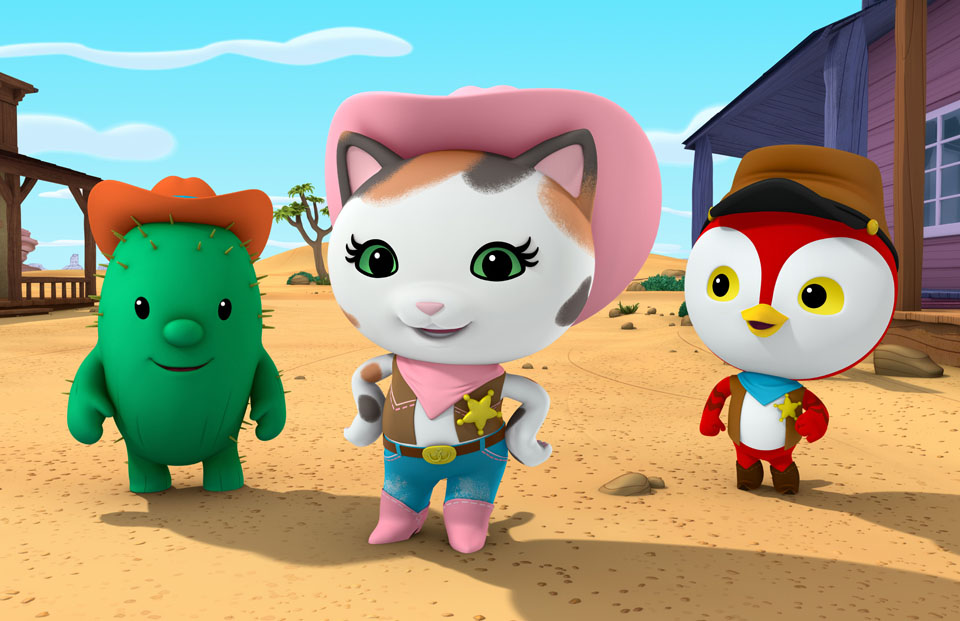 After a successful app-first launch and television run, animated preschool series Sheriff Callie's Wild West has been picked up for a second season by Disney Junior.

After a successful app-first launch and television run, animated preschool series Sheriff Callie’s Wild West has been picked up for a second season by Disney Junior.

The series, which encourages good morals, manners and social ethics for kids ages two to five, premiered in November 2013 on the WATCH Disney Junior app and generated more than 23 million views.

It was the first Disney/ABC Television Group series to debut with multiple eps online and across mobile devices before reaching television audiences.

According to Disney, since premiering on Disney Junior in January, Sheriff Callie is the top-ranked series across all preschool-dedicated TV networks year-to-date .

The series broadcasts daily on Disney Junior and Disney Channel and stars Mandy Moore as the voice of calico cat sheriff Callie.

Created by Denis Morella and George Evelyn, and developed for television by Holly Huckins, Sheriff Callie is produced by Wild Canary in association with Disney Junior.

Success has also continued for the series on the digital front with new storytelling app Sheriff Callie’s Tales of the Wild West reaching number one on the app charts in four countries to become a top-10 title in 47 countries.