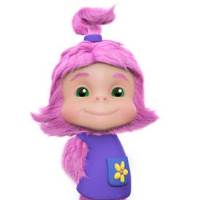 Nelvana pacts with Bob the Builder creator on preschool series

Camp Yeti is being developed by the two companies as a 52 x 11-minute series, which will follow a yeti named Pigtail Poppy and her friends at a sleepaway summer camp.

Nelvana’s production partner on the series, Abominable Snowman, was founded by Bob the Builder creator Keith Chapman and Ian Liddell, who is also CEO of the Manchester-based production house Studio Liddell. Camp Yeti is the company’s first preschool show.

Development on Camp Yeti is set to begin immediately. It is currently slated for a delivery date of Fall 2016. No broadcaster is attached to the project as of yet.