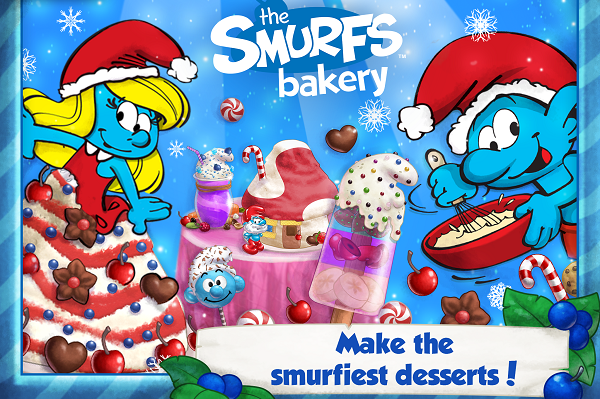 The wee blue ones get cooking with The Smurfs Bakery!, a new app from Budge Studios, Lafig and Sony Pictures Consumer Products.

Montreal, Canada-based Budge Studios has joined forces with Belgium’s Lafig and Sony Pictures Consumer Products to cook up The Smurfs Bakery!, a new app based on the popular blue characters.

As the IP’s first food-based app, The Smurfs Bakery! is kidSAFE-certified and available on the Apple App Store for iPhone and iPad. Following a freemium model, it’s free to download and features in-app purchases.

With step-by-step instructions and helpful baking tips, kids join Smurfette to whip up a variety of desserts, including Smurfberry Ice Pops, Smurfberry Shakes and Princess Smurfette Cakes. They can also save and share real recipes.

To date, Budge Studios has published 16 titles with a combined total of more than 50 million downloads.

As for The Smurfs, they are diving deeper into the digital space with a digitization project announced earlier this year that will see 272 eps of Hanna-Barbera’s The Smurfs remastered for YouTube.