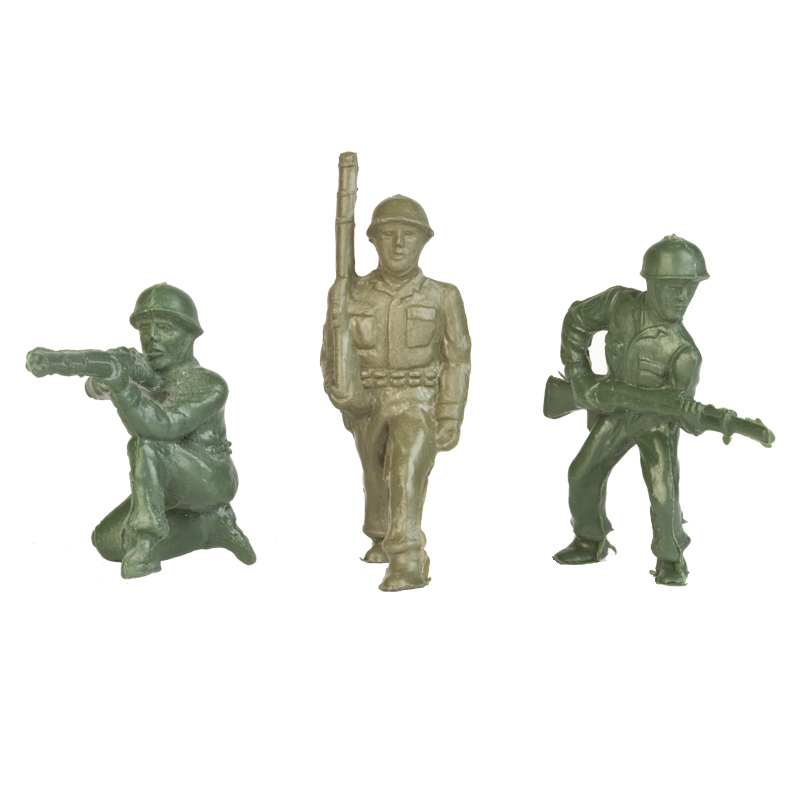 And the Toy Hall of Fame inductees are…

Throughout October, Kidscreen looked at this year's 12 nominees for the Toy Hall of Fame. Find out who made the final cut. (Hint: Little green army men won a decisive battle.)

It’s a job well done for the Little Green Army Men. The miniature soldiers, along with five-time finalist Rubik’s Cube and bubbles, made the cut this year as inductees to The Strong Museum’s National Toy Hall of Fame in Rochester, New York.

The toys were selected from a pool of 12 finalists, which included such play greats as Fisher-Price Little People, pots and pans, My Little Pony and Teenage Mutant Ninja Turtles.

Popular with young and old alike, bubbles’ play origin stretches back to the 17th century, when paintings depicted children playing with the soapy orbs. Fast-forward to today, and retailers are selling more than 200 million bottles of this family-friendly toy each year.

Meanwhile, the molded plastic Little Green Army Men marched onto the toy scene in 1938, and have since made a big impression. They were featured on the big screen in 1995, in Pixar’s Toy Story. Today, multiple manufacturers produce millions of little green figures annually, and they continue to inspire the imaginations of new generations.

On the puzzle front, Rubik’s Cube from Hungarian lecturer and architect Erno Rubik was created in the 1970s. Ideal Toy Corporation brought the Rubik’s Cube to the US, and from 1980 to 1982, it sold more than 100 million units. The cube’s current speed champion is Mats Valk of The Netherlands, who solved the puzzle in 5.55 seconds.

With this year’s inductees, there are now 56 toys in the Toy Hall of Fame, including the bicycle, Barbie, Etch A Sketch, Lego, Lincoln Logs, Raggedy Ann and Andy, rubber duck and Slinky.

Throughout October, Kidscreen reported on each of this year’s 12 nominees for the Toy Hall of Fame. Located within the Strong Museum in Rochester, NY, the Toy Hall of Fame has the most comprehensive collection of toys, dolls and video games in the world.