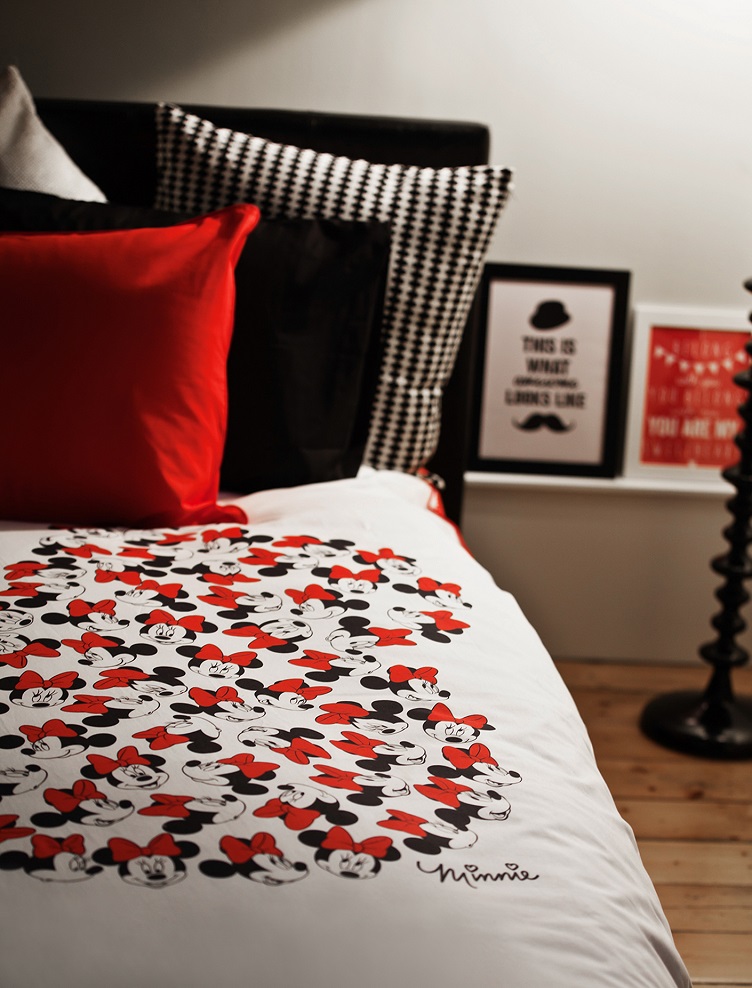 Minnie Mouse and the Marvel superheroes are now part of the Black Label range of luxury bedding from Kip & Sew, the new British lifestyle brand from licensee Character World.

While she may come from humble beginnings, Minnie Mouse is now getting first-class treatment. Disney’s leading lady, along with a host of Marvel Superheroes, is part of the Black Label range of luxury bedding from Manchester, England-based Character World’s new premium sub-brand Kip & Sew.

The British lifestyle brand has teamed up with Disney Consumer Products to create two exclusive bedding collections that are set to roll out at premium UK retailers this fall and winter. A duvet set, 3D cushion and fleece blanket lead the Minnie line, while the superheroes get a duvet set and bolster cushion. Both ranges are designed to appeal to a wide demo, from kids and teens to young adults.

For Kip & Sew, the new superhero goods arrive on the heels of Marvel’s unveiling of its ambitious “Phase 3″ slate of feature films that runs into 2019.

Since securing its first contract with Star Wars in 1998, Character World has amassed a significant portfolio of licensing partners that  includes the likes of Disney, Mattel, Nickelodeon, Sanrio, Warner Bros, Hasbro and eOne.