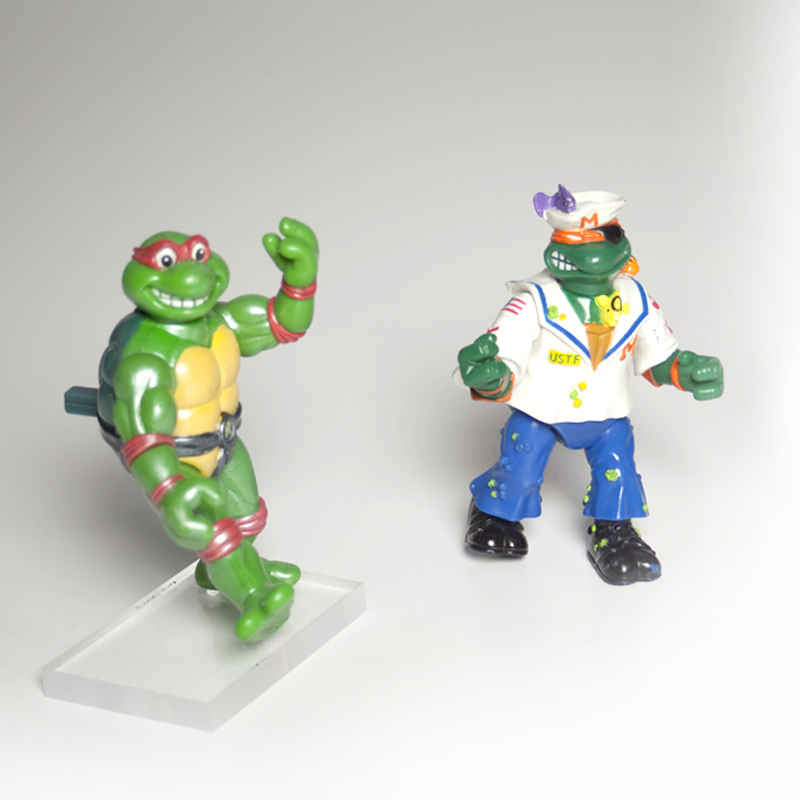 Throughout October, Kidscreen is taking a peek at each of this year's 12 nominees for the Toy Hall of Fame. Meet the last finalist Teenage Mutant Ninja Turtles, which just might kick its way into the Rochester-based institution.

Throughout October, Kidscreen is taking a peek at each of this year’s 12 nominees for the Toy Hall of Fame. Located within the Strong Museum in Rochester, NY, the Toy Hall of Fame has the most comprehensive collection of toys, dolls and video games in the world. Among its inductees are the Teddy Bear, marbles and Candy Land.  Today, meet our last finalist, and hall of fame hopeful, Teenage Mutant Ninja Turtles.

It’s a weird concept when you think about it: four crime-fighting anthropomorphic turtles—named after famous artists of The Renaissance era, no less—who share a love of pizza, skateboarding, hanging out and telling jokes. Created 30 years ago by a couple of struggling artists in Dover, New Hampshire, Teenage Mutant Ninja Turtles burst onto the boys toy landscape and have maintained a constant appeal among the demo ever since.

TMNT first appeared in 1982 in comic book form, and the foursome of Leonardo, Donatello, Raphael and Michelangelo have since branched out with movies, TV shows, videogames and merchandise aplenty. “They’ve got a whole constellation of media, entertainment and stories that feed into the toys that are the plaything,” says Christopher Bensch, chief curator of the Strong Museum. “It creates this richly imagined world that kids can jump right into with the figures.”

In 1988, TMNT action figures and toy accessories accounted for US$23 million of a total US$523 million in US wholesale sales for the action toy category. By 1990, TMNT action figures and accessories sales exploded in America to reach US$400 million, a solid majority of the corresponding category, which totaled US$685 million that year, according to stats from the Toy Manufacturers of America.

And this year, the Turtles came back to the big screen with a summer blockbuster, which included a fresh batch of interactive talking action figures, toy swords and comic books.

“They have gone from the ’80s to now, adapting to new circumstances and taking on new styles that have kept them current and fresh along the way,” Bensch says.

The three main criteria for induction into the hall of fame are (1) longevity, (2) recognition or icon status, and (3) encourage learning, creativity and discovery. This year’s other 11 nominees are: American Girl dolls, bubbles, Fisher Price Little People, Hess toy trucks, Little Green Army Men, My Little Pony, Operation, paper airplane, pots and pans, Rubik’s Cube and the Slip ‘N Slide. The two inductees for 2014 will be announced on November 6.