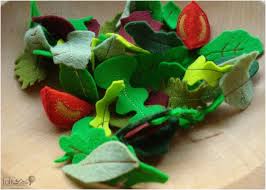 To help make sense of our need to play and our push-pull relationship with doing things for the fun of it, blogger Wendy Smolen talks with Gwen Gordon, a play expert who's currently producing a multi-part PBS series called NOW Playing.

I’m becoming obsessed with play. How? When? Why? Who? Play enriches our lives and drives our passions. It’s something every child does instinctively. Yet nearly every adult over thinks.  I spoke with Gwen Gordon, a play expert who’s producing a multi-part PBS series called NOW Playing, to help make sense of our need to play, and our push-pull relationship with just doing things for the fun of it.

WS: How did you come to be immersed in play?

GG: Like every other healthy mammal, I was born immersed in play. But you probably want to know how, once it got thwarted by modern life, I got so interested in play again. I’m both a playful person and also very reflective. Even though I’ve had a creative career doing playful things, I’ve managed to become a total workaholic. So my interest in play per se had a few different triggers. One was that I noticed how the people I respect most are also the most playful. It’s the Dalai Lama’s easy giggle that inspires me, more than any spiritual or religious teachings. I realized pretty young that I wanted his kind of freedom and spiritual maturity. And I saw that I truly felt it when I was playing. Another trigger was a project I had when I was an artist-in-residence at Xerox PARC exploring the conditions that give rise to innovation. I realized the same dynamics that were producing novelty in the cosmos were present in an artist’s studio, in a jazz music jam, and on a preschool playground. They all took place in that sweet spot on the edge of chaos where play thrives. That research exposed me to so many interesting ideas that I went back to school for a masters degree in philosophy and religion and graduated as a play scholar! I’ve been writing, teaching, and advocating about it ever since.

WS: You talk about play in relation to John Bowlby‘s Attachment Theory. Can you briefly explain?

GG: In the early 70′s, John Bowlby described how a close and reliable bond with our primary caregiver is critical to healthy development. The two main ways we form those critical bonds is through playing and soothing. Bowlby described three different attachment styles based on the level of security in the attachment bond: Secure, anxious/ambivalent, and avoidant. (A fourth one, disorganized attachment, was discovered later.) Bowlby observed how those earliest attachment relationships form the basis for our unconscious internal working models that get generalized to the whole world. In other words, before we have any ideas about religion or politics we have a worldview. In my own research on the origins and future of playfulness, I saw how the securely attached person would see the world as a playground. S/he is more open, playful, and can more easily tolerate ambiguity. The child with an anxious/ambivalent attachment style grows up seeing the world as a proving ground where s/he feels s/he has to constantly prove herself to earn love. The child with an avoidant attachment style grows up seeing the world as a battleground where everybody is a potential threat not to be trusted. Sometimes we feel more secure than at other times, but most of us have a center of gravity or default style that we go to under “normal” circumstances. Luckily, this isn’t a life sentence. We can all earn secure attachment and restore the sense of life as play.

WS: So you‘re either a player, a prover, or a fighter?

GG: Even if we’re lucky enough to have a secure attachment and view the world as a playground, modern life actually functions as a proving ground and battlefield. Our education and economic institutions are structured as proving grounds. That’s why we’re trying to get  infants prepared for college! We think we’re serving our children by getting them ready to prove and protect themselves on a proving and battleground. When actually, the best thing we can do for ourselves and our children is to reclaim the playground. The most important question we should be asking ourselves right now is how to do that!

GG: Play is critical not only to our healthy development as children, but to our ability to function in every area of life throughout our lives. There are so many reasons adult play is important it’s hard to know where to start. It makes us flexible, adaptive, creative, able to deal with uncertainty, better able to get along with each other, more intimate, healthier, and happier. Think of play as a superfood…the kale of behavior. People who play, live longer, happier lives. It’s simple: we humans are most intelligent, most creative, happiest, healthiest, sexiest…when we are playing. That’s when whatever we’re doing, we’re open, relaxed, fully engaged, and having fun.

WS: How can media developers use this information in their work (or play)?

GG: The bottom line is to create environments and cultures that are playgrounds not proving grounds; where it’s safe to experiment extravagantly and fail brilliantly, lots and lots of times! And to keep the creative process open for as long as possible. An associate of Alfred Hitchcock’s tells how when Hitchcock was working, anytime the team started to drive for results and make important creative decisions under pressure, he would tell a joke and distract them. He said they were pressing too hard and that the best decisions would come if they relaxed more. John Cleese also expressed it brilliantly in his talk on creativity at VideoArts. He said that to do our most brilliant, creative work we need to carve out the space and time to play with it. We need to hang out in the unknown for as long as possible, create a safe space where ridiculous ideas aren’t ridiculed, and have a sense of humor about the whole thing. The research shows that, while play is good for creativity, playful play is even better. That’s when we’re bringing spontaneity, humor, and sheer unadulterated joy to the process. So I think it can help to play together before you dive into the serious problems you’re trying to solve. Create a culture of play first thing when you come to the office and last thing before you go. But not in any prescribed way… that’ll suck the play right out if it.

WS: Tell me about the PBS series. And when is it coming out?

GG: The series is called NOW Playing and it’s about the importance of play in every area of life throughout our lifespan. We’re turning the work ethic on its head to show how our health, happiness, and overall success as individuals, families, communities, and as a society depend on play. We’re excited because we just got a MacArthur Foundation development grant, which will let us do some of the research and writing. We don’t have a national airdate yet, but we’re looking at about a two-year production schedule.

GG: I like the ones that pop up in odd places and where we make up the rules on the spot…like tackle cabbage ball in the produce section at the grocery store or hide and seek in the lingerie department of a department store. Given half a chance, I’ll dance. If I have to sit down, I’m a sucker for Boggle.

Want to play some more? Register for Sandbox Summit@MIT,  March 23-24, 2015. Email me at wendy@sandboxsummit.org