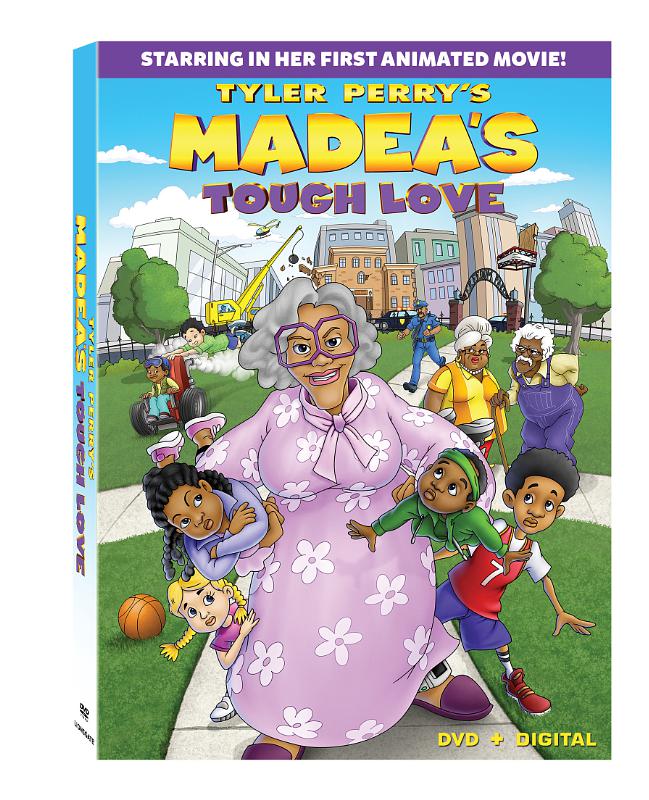 Madea's Tough Love arrives via DVD and on-demand platforms in the US on January 20, after its Digital HD debut a week earlier.

For an elderly woman, Madea has seen a lot since she first appeared in a stage play back in 1999. The fictional tough granny (created by Terry Perry, who also plays the character) has starred in movies that sent her to class reunions, witness protection and even jail. One place Perry had yet to take her, until now, was to the world of animated family film.

Tyler Perry’s Madea’s Tough Love follows Madea, who after a comical run in with the law finds herself sentenced to community service. Determined to make things better, she enlists the help of Uncle Joe and Aunt Bam to rally the neighborhood kids and prevent the Mom Mabley Youth Center from closing.

Released by Lionsgate, the film arrives first on Digital HD on January 13, before heading to DVD (SRP US$19.98) and on-demand platforms one week later.

Perry again provides the voice for both Madea and Uncle Joe, among other characters, while Cassi Davis (House of Pain) will be voice Aunt Bam. Fans of Madea can catch a first glimpse of the new animated film in the special features section of the upcoming DVD Tyler Perry’s A Madea Christmas.