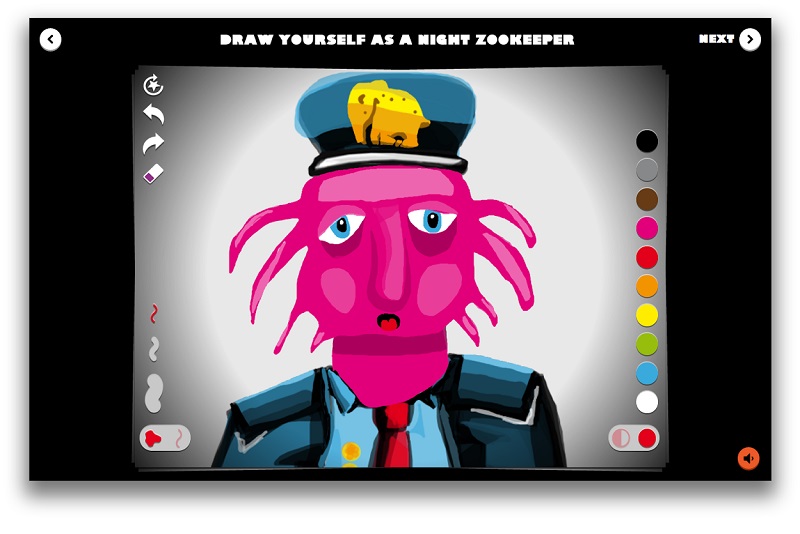 While it's currently a hot market for open-ended digital experiences, they're not something that can be developed off-the-cuff. Just what kind of considerations do game makers and developers have to undertake before they can help children unlock their inner-creators? UK-based Night Zookeeper shares the key decisions that went into making its new creativity-based tablet-optimized game.

Some of the most successful digital content creators in the kids space right now are those that cater to open play and creativity. Consider the popularity of the Toca Boca or Dr. Panda apps, which consistently rank in the Apple App Store’s top five in their respective categories. Or look at the widespread popularity of create-your-own-world games like Minecraft.

While it’s currently a hot market for these types of digital experiences, they’re not something that can be developed off-the-cuff. Just what kind of considerations do game maker and developers have to undertake before they can help children unlock their inner-creators? London, England-based Night Zookeeper is one such company that’s recently embarked on this path, and its founder and MD Josh Davidson shares the key decisions that went into the making of the company’s eponymous Night Zookeeper creativity-based game.

Night Zookeeper is unique in that it uses digital technology to fuel kids’ love of drawing and creative writing, two traditionally physical skills. At the outset, the publisher talked to approximately 10,000 school-age children, then tapped into the opinions of an additional 25,000 children in the UK, Canada, the US, Japan and South Africa for further feedback on the game as it was being developed. ( UK-based Wonky Star co-developed, while youth research specialists Dubit acted as a consultant.)

As such, the browser-based game has been optimized for tablet use. It’s free to play, but kids have the option to join to a fan club for £5 (US$8) a month to unlock more levels of the game. Registered fans also get stickers and a poster, while parents get weekly emails with downloadable educational activities.

Players enter the story of a night zookeeper who encounters weird and wonderful animals on his nocturnal rounds. As they explore the Night Zoo, children draw their own magical animals which get added to the menagerie. Their drawings then unlock new pages of the story. Importantly, the game includes off-screen breaks for real-world play, including creative writing and arts & crafts.

Here, Davidson elaborates on the key decisions that went into the making of the game:

The whole point of Night Zookeeper is to enable creativity; to get kids writing and drawing their own stories again, and to add value to creative play through technology, rather than distract from it.

From visiting classrooms we found that evidence of stifled imaginations all the time. One of the most overt signs—although it has many causes—is kids leaning over to copy their friends drawings because they aren’t comfortable expressing themselves. That is why we developed the site, so that kids can see lots of other children’s artwork—of all standards and varieties—straight away. It helps them understand the range of possibilities, so that they don’t just feel like they have to copy what the kids next to them have done.

We also look to build confidence. Some missions, such as imagining and drawing a ‘Thingamabob’ that can turn light into laughter, are far too abstract for some children when they first join the site. Therefore we start them designing a pattern or drawing the zoo gates. By the end, they can draw the ocean without the color blue.

Before development, we surveyed parents and found that their preference was for no advertising, no in-app purchases and for the game to be free. Obviously this isn’t a sustainable business model, so we had to find a compromise.

To do this, we looked at the emotional response to the terms ‘website subscription’ and ‘joining a fan club.’ There was a huge preference towards ‘fan club,’ so that’s what we went with, while also offering a one-time payment option. We believe the advantage to this model is that parents know exactly how much the game will cost and don’t need to worry about their children seeing advertising in the game.

Night Zookeeper is for six- to nine-year-olds. This is a transitional period in the lives of children, which has typically been identified as a time when they try to step out from their parents shadows.  Parental involvement in ‘their game’ is therefore quite a controversial issue and needed to be carefully considered, as even a glance at the popular apps and games for children in this age group reveals that family entertainment isn’t top of the list.

However, common sense tells us that whenever you’re proud of something, you want to share it. Early data on our site—which we tested with more than 25,000 kids around the world—shows that when given the choice, 87% of children opted to share the creative work they made in Night Zookeeper with their parents.

Parents can then decide whether to reward their children in the game, giving them a chance to play along in a very hands-off way. This is a form of digital helicopter parenting, but done in a positive way that encourages safety online—something that is typically very hard to do in digital games.