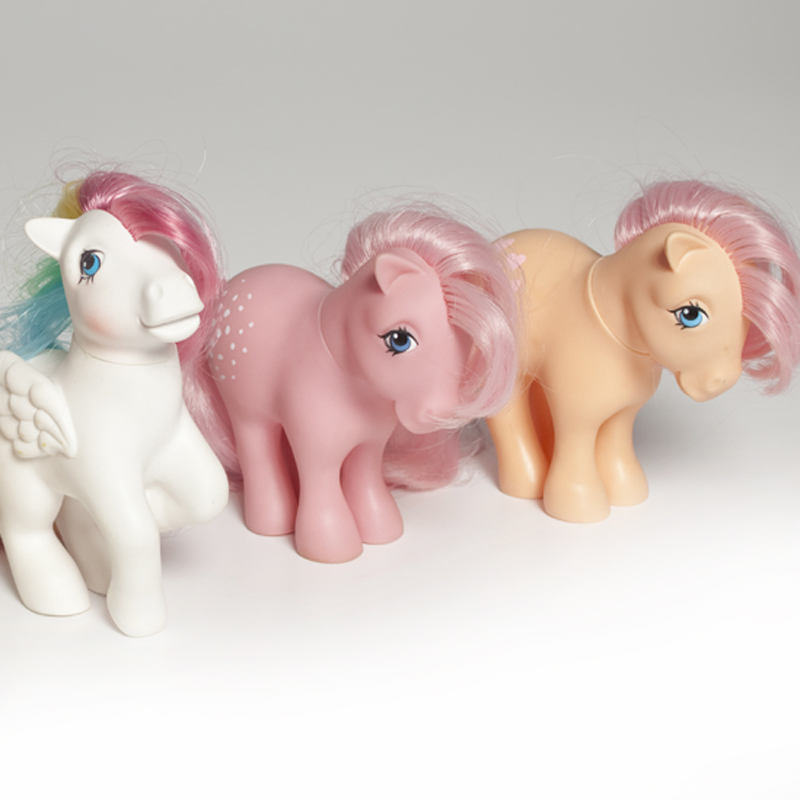 The Road to Rochester: My Little Pony

Throughout October, Kidscreen is taking a peek at each of this year's 12 nominees for the Toy Hall of Fame. Hasbro's My Little Pony has proven its staying power among girls since the 1980s, and is among this year's finalists for induction.

Throughout October, Kidscreen will take a peek at each of this year’s 12 nominees for the Toy Hall of Fame, located within the Strong Museum in Rochester, NY. Among its inductees are the Jack-in-the-Box, Hot Wheels and Scrabble. Today, we look at one more toy that could join the list: My Little Pony.

In the world of fantasy and storytelling, few franchises have had the same impact as My Little Pony. What started as a doll in the early 1980s, grew quickly into TV specials, a TV series and a movie (starring the voice of Danny DeVito as the Grundle King).

“[My Little Pony dolls] combined two very powerful forces in lots of girls’ lives,” says Christopher Bensch, chief curator of the Strong Museum. “A love for horses and a love for hair play.”

During a time when hair was of the utmost importance to dolls, My Little Pony figures had both a glorious mane and tail to style. The pastel dolls have appeared in more than 1,000 varieties over the decades.

Twice a nominee for the Toy Hall of Fame, My Little Pony has also found itself living a franchise resurgence as of late, thanks in large part to the popularity of new series My Little Pony: Friendship Is Magic.  The hit show will see a fifth season come to Discovery Family Channel (formerly Hub Network), and to the surprise of many, it has also attracted an army of older male fans, affectionately known as “bronies.”

And on toy shelves, where Barbie has struggled in recent quarters for Mattel, My Little Pony was a lead horse last year, helping Hasbro’s girls division to eclipse US$1 billion in annual revenue for the first time. The toyco has also seen immense success with its spin-off Equestria Girls franchise, in which the ponies go into an alternate universe and take on human form.

Looking at toy innovation for the future, the ponies are leading the way with a partnership between Hasbro and 3D printing marketplace Shapeways. My Little Pony was the first brand featured on the SuperFanArt website where fans can create, buy and sell 3D printed figures.

With a rich past and bright future, My Little Pony is certainly not a dark horse in this year’s bid for induction into the Toy Hall of Fame.