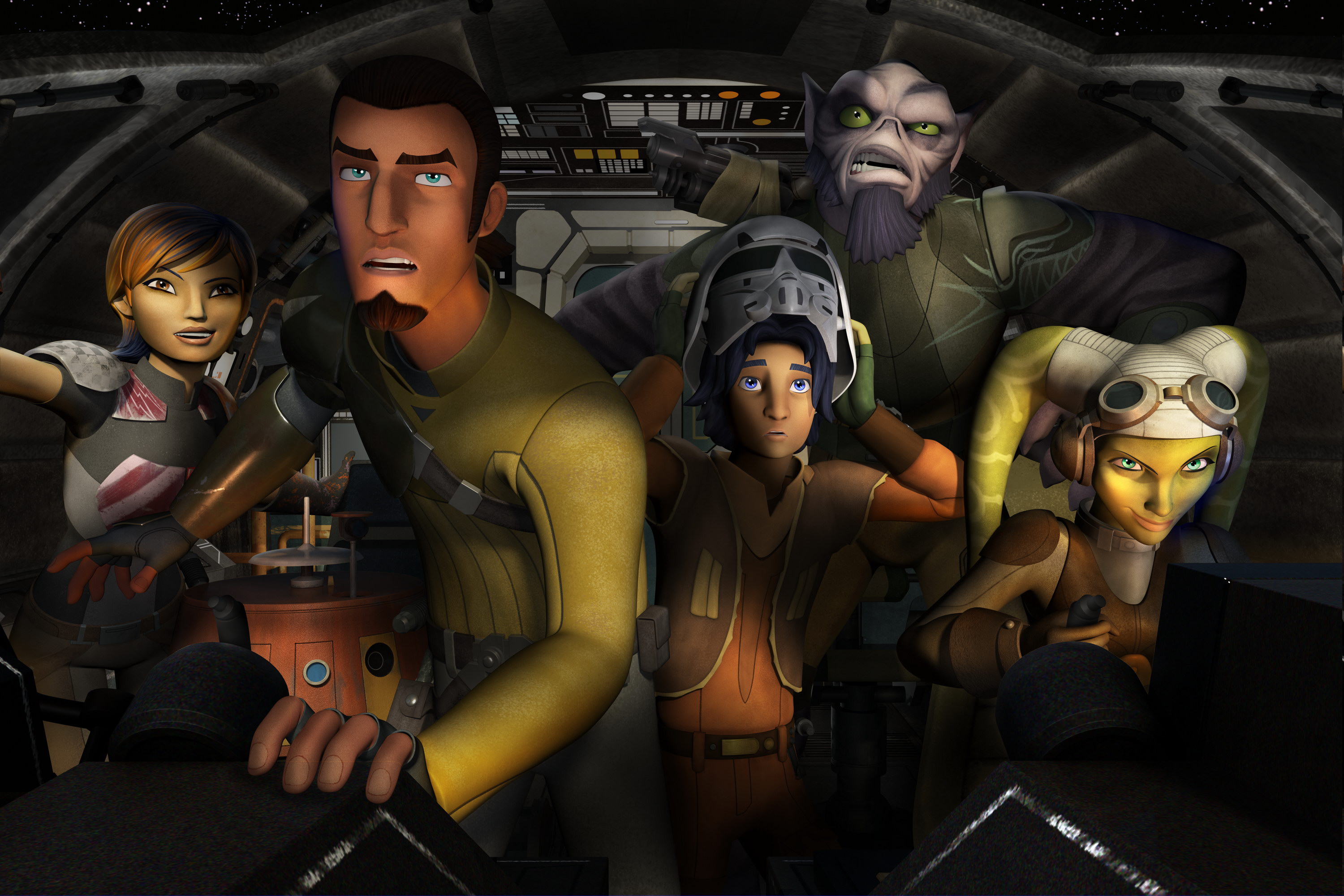 Fresh off the debut of the one-hour animated movie Star Wars Rebels: Spark of the Rebellion, Disney announces a Star Wars Hot Wheels line from Mattel and interactive figures from Thinkway Toys.

With Lucasfilm’s Star Wars franchise under its umbrella, Disney is going into merchandising hyperdrive. Less than a week after the one-hour animated movie Star Wars Rebels: Spark of Rebellion debuted on Disney XD and Disney Channel (where the premiere attracted more than 6.5 million viewers worldwide), the spin-off has attracted a partner to manufacture unique interactive figures, remote-control products, and car and track sets.

Canada’s Thinkway Toys has signed on to make interactive Star Wars Rebels figures that come to life with voices, movement, sound effects and light features. Among the characters in the range will be 41cm-tall figures of Kanan, The Inquisitor and Zeb. Thinkway will also create a radio-controlled version of the Star Wars Rebel spaceship, the Ghost. These products will hit stores across Europe in fall 2015.

Mattel, meanwhile, will make a Star Wars Hot Wheels line that will include eight die-cast cars, 18 character cars and a commemorative Death Star track set. Hot Wheels also plans to debut 30 Star Wars spaceships with an array of portable playsets. Hitting European retailers this fall, the products will feature characters new and old, drawing from the brand-new Star Wars Rebels right back to the iconic films from the ’80s.

In addition to a range of Star Wars Rebels toys on the way from Hasbro and Lego, Disney Consumer Products has signed an array of licensing deals for categories from books to apparel.

The Star Wars Rebels TV series will debut on Disney XD on October 13 across 163 countries in 33 languages. With a new Star Wars movie targeted for a late 2015 release, Disney has already greenlit a second season of the TV series.