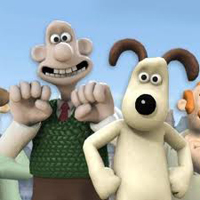 With US$1.6 million in Lottery funding, the BFI is joining the animation studio behind Wallace & Gromit to support development and production of new indie animated films.

Backed by roughly US$1.6 million in lottery funding, the BFI will offer two years of financial support for three filmmakers or filmmaker teams (writers, directors, producers). Aardman, the stop-motion and CGI animation studio behind Shaun the Sheep and Wallace & Gromit, will work alongside the animators, writers, directors and producers throughout the development process to advance production of the films.

When applying, filmmakers (be it writers, directors or producers) need to establish the story idea for the film and explain why it would be better-suited to animation than live action. Films should be aimed at a family audience and have very little or no development financing in place. Applicants should also have a demonstrable track record for previous work, be it on the stage or screen.

Guidelines for how to apply are available here.