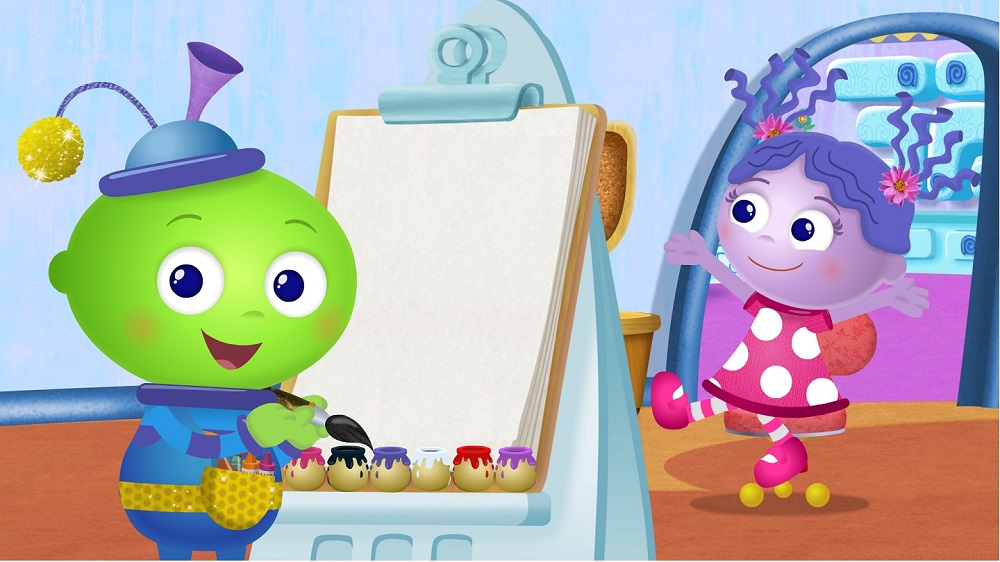 Amazon is taking its world of original kids content far, far away with star-studded new episodes of its original series Creative Galaxy.

The world of kids entertainment knows no bounds when it comes to SVOD programming. For Amazon in particular, the SVOD provider has spent the past few months amassing acquired and original content. It debuted a trio of kids original series this summer, launching the first six episodes for each.

Now, its interactive preschool series Creative Galaxy from Out of the Blue Enterprises and creator/executive producer Angela Santomero (Blue’s Clues, Super Why! Daniel Tiger’s Neighborhood) is getting six brand-new episodes this Friday.

The new eps will launch on Amazon’s Prime Instant Video. Aimed at kids ages three to five, the art-adventure show follows alien artist Arty and his sidekick Epiphany, as they traverse the Creative Galaxy to solve problems using art.

There are currently six episodes of Creative Galaxy available for download. And the studio recently announced a new roster of pilots for original kids series, where audience members can vote for which pilot gets chosen to be made into a series.

Along with Amazon Prime, Creative Galaxy will also be available through Kindle FreeTime Unlimited, the Amazon platform that gives kids access to books, games, educational apps, movies and TV shows, while giving parents the option to manage kids’ screen time.