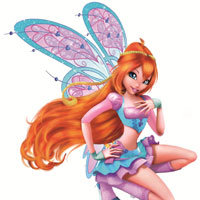 Just one day after announcing a revamped Popples series, Netflix reveals that it has teamed up with Italy-based animation studio Rainbow for a new spin-off called Winx Club WOW: World of Winx.

Expanding the popular Winx Club franchise with a serialized storyline designed specifically for on-demand viewing, the 13 x 22-minutes series will be available in early 2016.

In Winx Club WOW, the fairies embark on an undercover journey that takes them across the world, looking for talented kids in art, sports, music and science.

An existing partnership has seen earlier seasons of Winx Club released on Netflix, as well as other Rainbow series including PopPixie and Mia and Me.

Plus the most recent Winx Club movie, The Mystery of the Abyss, will be exclusively available on Netflix in the US, Canada, the UK, Ireland and France, following its theatrical release. The 10-year-old property has six TV seasons, with a seventh set to air in 2015.