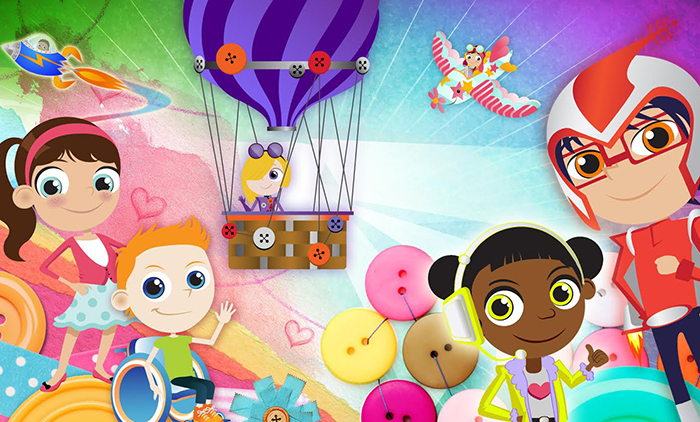 Created by Victory Arts’ founder and creative director Tero Hollo, the 52 x 11-minute adventure series follows main characters Jane and Johnny and their Crafter friends who fly into a world of artistic possibilities and work together to solve problems using their unique creative talents.

At the end of each episode, their loyal sidekick Crafty (a supply robot of arts materials) adds the final touches to each creative project before presentation.

Victory Arts, with Amberwood Entertainment (Rob the Robot, Rollbots, The Secret World of Benjamin Bear) on board as executive producer, is bringing Air Crafters to MIP Junior and MIPCOM with the goal of finding international broadcast partners.

The deal comes as arts & crafts continue to grow in popularity for kids and parents on TV and in the toy aisles.

Victory Arts began as a production service company and is now focused on delivering its own animated properties, including Alphabet Stories, Shirley Locks and Hugz and Kissez, as well as new live-action tween series Super Awkward.