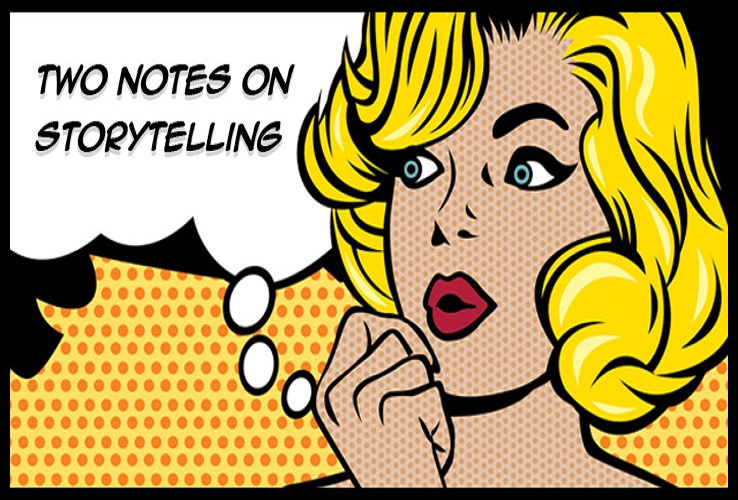 Tell me a story…

From the morality lessons of Aesop’s fables to the allure of Disney princesses, stories color our lives and those of our children in myriad ways. My last blog on the power of personal stories inspired lots of thoughts on the unique ways technology now enhances story telling, the lasting messages stories can convey, and of course, the way personal narratives can affect mass audiences. To get your story juices flowing, here are 10 of the best tales I recently discovered.

1. When Tina Klonaris-Robinson discovered how much stories helped her heal after her child’s death, she created the Meah Foundation. Meah Story Bracelets combine personal narratives, fundraising, and inspiration. How it works: You send your story to the foundation, and it creates a snapband-type bracelet printed with your handprint. The bracelet is sent to someone who logs in to http://www.themeahfoundation.org, then reads—and is hopefully inspired by—your personal story.

2. Glamour magazine, in collaboration with cosmetic company Clinique, launched a short-form docu-web series called The Making of Me, streaming on video.glamour.com and its YouTube channel.

Each of the five proposed episodes will tell the story of a woman who has overcome a major obstacle and has gone on to live a beautiful, productive life. The engaging women and their tales create a realistic new perspective for both the magazine and the cosmetic company.

3. The real-life saga of Samantha Sacklin and her family have me checking her blog all-too-often. Taking on the World tells the ongoing tale of this creative family of four’s year-long trip around the world. An executive-on-sabbatical from branding company Golin, Sacklin knows the power of a good story told in unique ways. What makes this even more fun to read is even the author doesn’t know how it will end.

4. Roz Chast is probably best known for her frequent New Yorker cartoons poking fun at everyday life. However she’s also an author of several books. Her latest, Can’t We Talk about Something More Pleasant? is a touching memoir of her parents as they aged. Told through cartoons, old photos, family papers, and a witty narrative, Chast has re-invented the memoir in a way that makes you laugh and cry at the same time.

5. In another use of comics, Vine, which is owned by Twitter, gives users a way to tell a story by looping a series of inspired 6-second videos. Is The Last Drop a 21st century version of comic books?

6. And then there are stories as propaganda, one of the most insidious ways to spread ideas. China’s Communist Party is notorious for creating historical legends to explain its rules and actions—especially the failures. The 20th century famine, for example, was supposedly caused by bad weather rather than Mao’s bad policies. Historical “fiction” promotes China’s ethnic minorities as small but happy groups within the Chinese nation, while in fact, they were repressed and ostracized.  Even today, historians who dispute the party lines do so at the risk of ruining their careers. Whether or not they know differently, a well-told myth is mighty powerful.

7. This past spring Vox Media launched Vox.com, a new way to “understand the news.” Accompanying their news stories and videos are Vox card stacks, swipe-able sets of backstories to give context to the front page stories. Think: 17 things about ISIS and Iraq you need to know; or 11 big myths about Israel-Palestine. Kind of like Wikipedia, but written by experts, and right there on the page where you need it.

8. In the “a picture is worth 1000 words” category, a good ad is worth a gazillion dollars. Using multiple platforms, the New York Times touts its own story by advertising its Premier subscription with access to a behind-the-scenes look at its articles and journalism. The line “Go beyond the story” says it all.

9. When LEGO released its girl-centric LEGO Research Institute, the product sold out immediately. Like many LEGO sets, it encouraged building, creativity, and role playing—in this case with females as the main characters in a lab. But real archeologist Donna Yates created a new kind of narrative @LegoAcademics: dreaming up circumstances familiar to academic scientists (and others), she tweeted scenes using the LEGO characters that tell their own story. That’s one way to create your own adventure.

10. Because I read every chance I can, it’s hard for me to imagine people who don’t make time for books. ROOSTER.com was cofounded by two writers who believe mobile technology is a great way to promote immersive reading, “the kind that keeps you company throughout your day.” Each month two books (one classic, one contemporary) that encourage comparison and reflection are sent to your iPhone as serial literature. You set a schedule, and text appears in manageable reading segments. But don’t worry, if you find yourself engrossed in the novel, you can always click ahead for the next installment.

As always, send your stories to me at wendy@sandboxsummit.org.