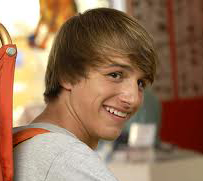 Lucas Cruikshank, ex-Nickelodeon star, teams with Collective Digital Studio brings back his signature character with a revamped YouTube channel for tweens and their families that currently has 2.3 million subscribers.

Collective Digital Studio (CDS) and pioneering YouTube star Lucas Cruikshank, best known for his helium-voiced six-year-old character Fred Figglehorn, announced on Thursday that they have partnered to re-launch Fred as a tween and family entertainment channel. He will be appearing as himself and Fred in a new series launching on the channel in September, which will also feature fan submissions.

There will be a new group of kids enlisted to create content, along with opportunities for fans to upload theirs.

Cruikshank originally launched Fred on YouTube in April 2008, when he was a 14-year-old living in Columbus, Nebraska. By April 2009, it was the first channel to break the million-subscriber barrier. Its popularity led to a deal with Nickelodeon, which spawned a trio of Fred TV movies and a series, Fred: The Show. He also starred as an alien teenager adjusting to life on earth in another Nickelodeon series, Marvin Marvin, which lasted one season (2012-2013).

Partners for more than five years, CDS and Cruikshank are working together to program the channel, which currently has more than 2.3 million subscribers and more than one billion views.