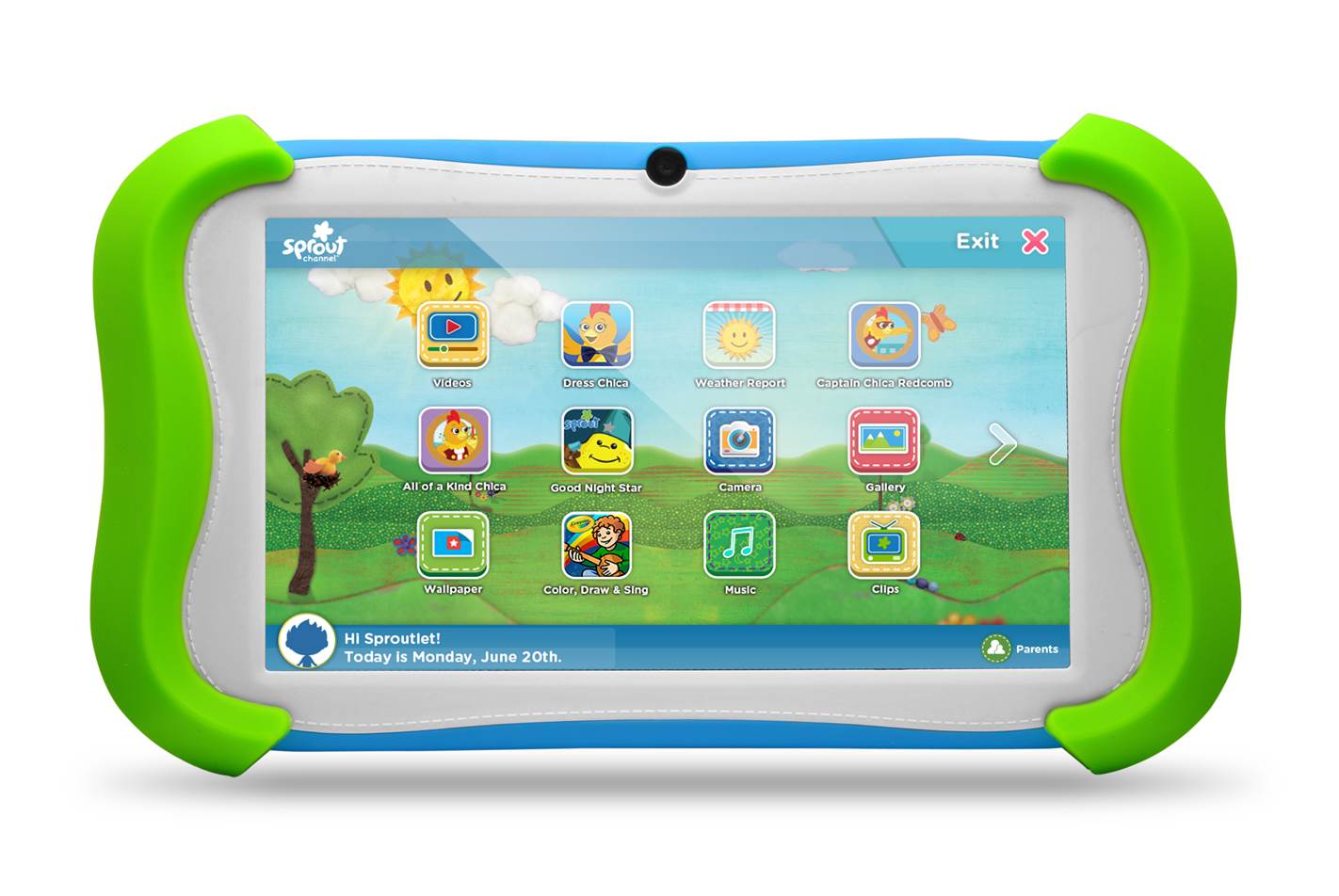 Sprout gets into the tablet game

US kids network Sprout is getting into the touchscreen game, with a new tablet made just for kids that will retail exclusively at Walmart for US$99.

As more tots are taking to mobile devices, 24-hour US preschool channel Sprout is getting into the tablet game. The kidsnet has unveiled the Sprout Channel Cubby, a new tablet made just for kids to be sold exclusively at Walmart in October for US$99.

Similar to a preschooler’s cubby that holds his or her most treasured belongings, the Cubby tablet is meant to be a holdall for kids entertainment. That Sprout is launching its own tablet points to the rising popularity of this device in the kids space, as more under-fives are increasingly using tablets at younger ages.

Designed for kids ages two to six, the kiddy tab includes a child-safe web browser and a parental dashboard that lets adults control the amount of time spent and the content consumed by each child.

The tablet comes with preloaded content, including 40 full eps from Sprout series like The Chica Show, Barney, Fireman Sam and Chloe’s Closet, along with the premiere episode of Astroblast, produced by Scholastic Media. The tablet also comes with music videos and songs from the preschool channel.

Also included on the tablet are 28 apps recommended by Sprout, including Dress Chica and Goodnight Star. There are also a number of exclusive Sprout Cubby apps: The Sproutlet Weather Report that lets kids submit a daily weather report to Sprout for a chance to be featured on The Sunny Side Up Show!, and eBooks inspired by The Chica Show, Captain Chica Redcomb and All of a Kind Chica.

Launched nine years ago, originally as a VOD channel, Sprout has been innovating in the kids digital space for some time. The preschool channel is broadcast in over 55 million homes, and Sprout’s VOD offering is the number-one on demand service for younger kids, with more than 1.5 billion views.