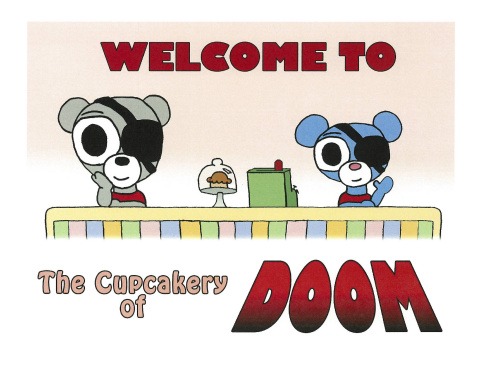 Reece’s pitch, the first one taken by Nick during the three-day open call, is now destined for Nickelodeon’s global Animated Shorts Program and will be developed into a short with the potential to air on Nickelodeon, appear on www.nick.com or the Nick App. It could also possibly be turned into a long-form animated TV series.

The comedic story features the adventures of two villainous friends Patches, a bear, and Cheesebert, a mouse, who lose sight of their plan to rule the world after opening a cupcakery business to fund a doomsday device.

Nick’s development team is also continuing discussions beyond Comic-Con with a number of additional creators who pitched at the event.

Reece is currently a writer and cartoonist whose blog, Four Colors, appears in The Press Democrat.

The latest find comes on the heels of Nick ordering 13 episodes of Chris Savino’s The Loud House, the first series greenlit from its 2013 Animated Shorts Program.