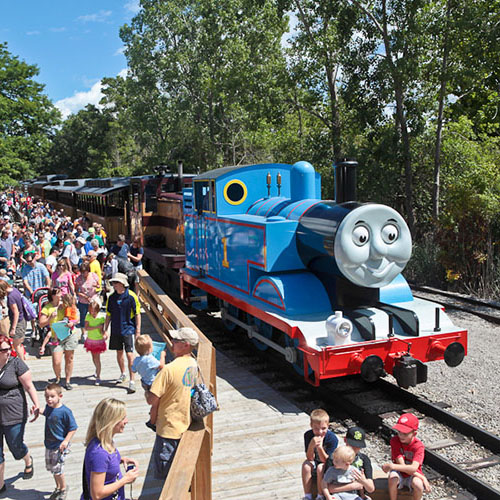 Percy lands co-starring role on Day Out with Thomas Tour

As part of the upcoming 19th annual Day Out with Thomas tour in North America, Thomas' best engine friend Percy will be joining the famous blue train engine for the first time

As part of the upcoming 19th annual Day Out with Thomas tour in North America, the famed engine’s best friend Percy will be joining the show for the first time on HIT Entertainment’s Day Out with Thomas: The Thrill of the Ride Tour 2014.

Percy’s official unveiling will take place on September 12 at Strasburg Railroad in Pennsylvania before the full tour hits the rails on September 13, taking its special Thomas & Friends activities to kids and families at more than 40 select heritage railway stations across the US until the end of the year.

The popular #6 green engine also has a starring role in the new CGI Thomas & Friends movie Tale of the Brave,which will be released in North America on digital HD on September 9 and as a DVD/Blu-Ray pack on September 16 through Universal Studios Home Entertainment.

The Day Out with Thomas Tour originated in the UK and has since launched in North America, Australia, New Zealand and the Netherlands.

On television, the Thomas & Friends series is now seen in 145 countries and is available in 30 languages.

The IP’s fan engagement strategy is also ramping up with a new digital crowdsourcing partnership with Tongal.

Day Out with Thomas: The Thrill of the Ride Tour, HIT Entertainment, North America, Percy, Tale of the Brave, Thomas & Friends