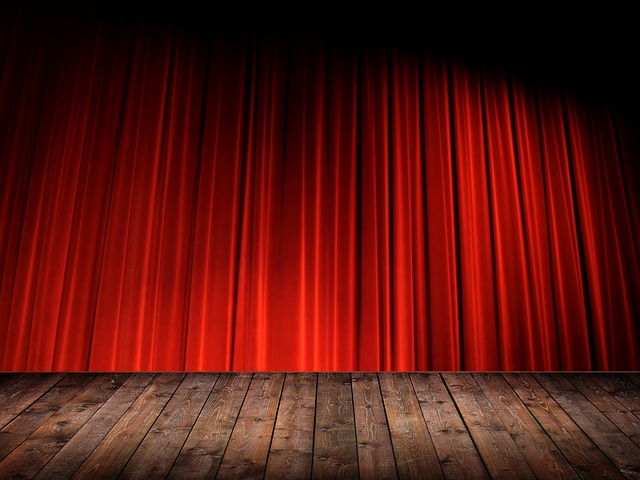 "It was an experience that I never want to repeat. It was depressing, sad. I'm 16 years old, and I'm not yet able to cope with things like that. I thought the way you treated me was mean. I thought it was horrible the way you lied to me in front of the camera, and made me cry." - Andrea (16), former "Popstars" (Germany) contestant

“It was an experience that I never want to repeat. It was depressing, sad. I’m 16 years old, and I’m not yet able to cope with things like that. I thought the way you treated me was mean. I thought it was horrible the way you lied to me in front of the camera, and made me cry.” – Andrea (16), former “Popstars” (Germany) contestant

By Maya Götz and David Kleeman

Talent shows are much in Australia’s news at present, after a 12-year-old girl was shown bursting into tears on “The Voice Kids,” when she was not selected by any of the judges. Romy may be the most visible example of the traumatic experience we can inflict by pushing young people too far, too fast, and too publicly; however, she’s not alone.

My research center in Munich – the International Central Institute for Youth and Educational Television – with the Media Authority of North Rhine-Westphalia (LfM), recently undertook the first comprehensive study of how talent show participants view their past involvement with a show, and everything that followed. We found that for some, participation was an outstanding opportunity for growth, but for many it meant years of mockery, and a psychological crisis hard to overcome.

Andrea, quoted above, was kicked out of the “Popstars” competition not because of her talent, but because she partied every night, was drunken, not liked by the others and too lazy to rehearse with her team. At least, that is what they told her, live before the cameras. Andrea, not having any clue of this, broke down. Back home, she was constantly attacked, but no one wanted to hear her side of the story. Everyone was sure: TV tells the truth.

Andrea is one of 59 former participants from talent shows we interviewed – winners, top 10 finalists, boot camp participants, and those who were rejected instantly. Ours was a qualitative study and cannot represent the experiences of all young talent show participants, but it does offer a cautionary tale for putting youth into such a bright spotlight, so early.

Our study found that around half of the respondents had a generally positive view of their talent show experience. Overall, we found seven typical patterns, ranging from outstanding opportunity to self-endangering crisis.

Type 1: The Springboard – Many rising professionals used the show as a springboard. Whether or not they won, their existing music careers were enhanced by the exposure.

Type 2: The Newcomer – Newly-discovered talents can be rocketed into the limelight, but this may be an ambivalent experience, for after success came the need to realize that, as one contestant put it, you’re still the same Jonathan you were before.

Type 3: The Degraded Rising Star – In the dramatic arc of performance competitions, some young stars are first lauded and then portrayed in a more negative light on the show and in the press. One 18-year-old contestant said she was unfamiliar with this kind of TV production. I always trusted everyone, and with hindsight that was naive and caused me and my family a lot of pain.

Every talent show, especially in the audition rounds, has its inept “freaks.” We found three variations.

Type 4: The Secret Accomplice – These young people were well aware of their performance shortcomings, but collaborated in their exaggerated, stylized portrayal, for the exposure. They enjoyed their time on the programme, but didn’t always expect the size of the post-broadcast publicity

Type 5: Those Who Reframe the Humiliation – Other “freaks” were initially unaware of how they were being degraded, but found a way to turn the situation to their advantage and enjoy the public attention.

Type 6: The Embarrassed – For some of the ridiculed, life post-broadcast became problematic. They entered the process naively, had their expectations raised during production, and then were shown as particularly incapable. In some cases, there’s no escaping the spotlight, even after several years, since the clips remain available online. One former candidate said I would never have applied if I’d known all the things they do to people there, just to make them look stupid, just to give people something to laugh about.

Type 7: The Mentally Overstrained – Far the saddest former contestants were those who experienced a long-term psychological crisis of the self, overwhelmed by what was demanded of them during and after production. One recounted: I was only 16 years old at the time and I couldn’t handle it, later I became depressed, and even now I can’t get my life sorted.

When we place children into stressful situations for which they are developmentally unprepared, we take a huge risk with their psyches. At what age can a child truly give “informed consent”?

It’s hard to say what will happen with 12-year-old Romy; perhaps her onscreen disappointment will just be a momentary setback. At the very least, her experience has prompted an important discussion of what’s appropriate to broadcast – and rebroadcast, and stream, and repeat online. In today’s digital world, nothing is ever lost to the ages.