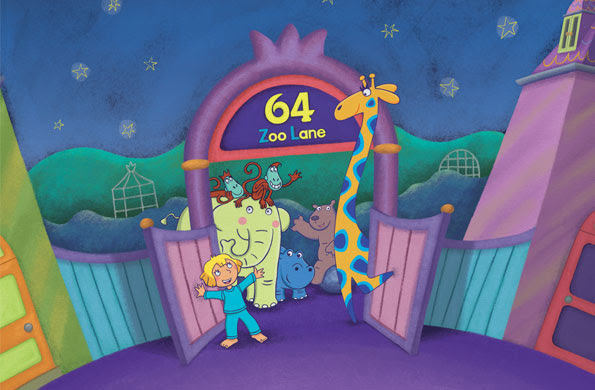 The head of marketing at DramaFever talks expansion and curating content for the international video service's new kids vertical, including its summer line-up kicking off with Millimages' 64 Zoo Lane.

After launching a kid-targeted vertical at the start of the year, New York-based online video service DramaFever is expanding its children’s content offering with six new animated series.

The five-year-old company made a name for itself streaming Korean TV dramas. Since launching its kids vertical in January, Yale Wang, head of marketing at DramaFever, says the company’s kids content is gaining viewers, largely thanks to DramaFever’s adult audience tuning in for Korean dramas.

“We’re finding traction with the audience,” notes Wang. “A lot of our users are on the younger side, and some of them might have families. We’ve gotten requests from them to add additional shows. We think that there’s definitely a market out there for shows that are either dubbed or subbed to help out with language learning, as well as entertainment.”

DramaFever runs as a free service with ads, but it also has subscribers who pay to have the ads removed. Its new DramaFever Kids channel streams content for children ages two to 10. Non-English shows get dubbed into English, to support at-home language learning for multi-lingual families.

“I think one of the things that really resonates with our users is that our content is very family friendly,” says Wang. “On YouTube, let’s say you might put on a kids show and be a little bit worried about where they’re clicking around. For DramaFever, we make sure the experience for kids is siloed.”

The new series come from prodcos Millimages and CPE Cartoon. They’re set to roll out throughout the summer for on-demand viewing.

The online video service currently curates TV shows and movies from 70 broadcasters and studios throughout Asia, Europe and the Americas. DramaFever provides professional subtitling, running on a number of platforms including iPhone, iPad, Android, Roku, and Google TV.

Most of DramaFever’s library of episodes are made available to viewers on first-run, next day basis from the original broadcast. The company also syndicates a portion of its library to Hulu, Netflix, Amazon and iTunes.

“After we decide and curate the best shows, what we do is we put them on DramaFever, and we make sure that all licenses are rewarded for their performance.”

The next series coming aboard on July 28 is Pablo the Little Red Fox  (BBC), streaming in English and Spanish. On August 4, China’s hit toon Pleasant Goat And Big Big Wolf will join the kids lineup. For three weeks, DF Kids will premiere a new season of 20 episodes every Sunday, with Chinese and English versions.

On September 19, Corneil & Bernie (France 3, BBC and Nicktoons) rounds out the summer schedule. DF Kids will stream the series in both English and Spanish.