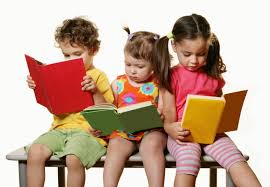 If anyone needs proof of the power of a good story to sell products, look no further than Mattel's new direct-to-consumer line of Thomas the Tank Engine wooden railway sets.

If anyone needed proof of the power of a good story to sell products, look no further than Mattel’s recent announcement of a direct-to-consumer line of Thomas the Tank Engine wooden railway sets. According to the NPD Group, the stories and characters of Thomas & Friends make the property the number-one license in the preschool toys category in the UK and US. Mattel’s newly created division will be sold by catalog, website and a limited number of specialty stores. And the story continues when a Thomas & Friends movie called Tale of The Brave is released on DVD in September.

My first thought on learning about Thomas, was a comparison with Mattel’s American Girl line (acquired from Pleasant Company in 1998). From its direct-to-consumer beginnings as historical fiction books and dolls, the line morphed into clothes and accessories, stores, and ultimately movies, turning into a highly successful core business for Mattel. Probably just as important as the sales strategy, are the relatable history-lesson stories and products that appeal to both kids and parents. And all this happened before “edtech” was the word-de-jour.

Lego too has used the power of storytelling to enhance its products. The Lego Friends line was originally built around five core characters and mini sets with stories. It also has its own website and books. Basic Lego upped its story-telling cred with the successful release of The Lego Movie earlier this year. Naturally, a sequel is planned.

At this year’s GLS Conference, keynoter Scot Osterweil, Creative Director of The Education Arcade at MIT, discussed how important it was to focus on the story within games. In other words, let play happen; let imaginations engage us.

Stories — or content — work in strange ways. Sometimes best-selling books such as Harry Potter or The Hunger Games spark sales in other categories. Harry Potter, as we all know, created a whole generation of products, properties, theme parks, and even games (Quidditch anyone?). The Hunger Games became a movie in 2012 and expanded its audience, paving the way for Hasbro to capture the imagination of would-be female archers with its Nerf Rebelle line. Sometimes the story begins as a movie, as with the phenomenal success of Frozen.

But not every story has a happy ending. Trying to create content where there really isn’t any, doesn’t work. The 2012 adaptation of the game “Battleship” bombed at the box office despite a star-studded cast.

So the moral of this tale: Like a diet ice tea, empty calories are only satisfying for a moment. Create a good story. Let it seep. Then savor it.

Send your stories to wendy@sandboxsummit.org.