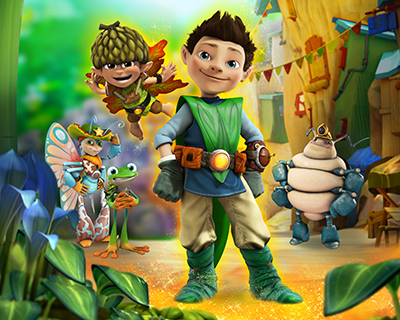 FremantleMedia signs Premier Stage Productions as the theatrical licensee for the preschool property.

Tree Fu Tom is preparing for his curtain call. FremantleMedia Kids & Family Entertainment signed Premier Stage Productions as the theatrical licensee for the popular preschool adventure property, who will produce a 90-minute live show across the UK starting next year.

Since launching on CBeebies in 2012, the CG-animated series has been nominated for a BAFTA award, expanded into more than 80 territories and garnered almost 30 UK licensees. Tree Fu Tom’s extension into live event experiences follows a live show and meet-and-greet at London, England’s Westfield Mall in February. Earlier this year, there was also the launch of the Tree Fu Tom Training Camp at CBeebies Land in Alton Towers.