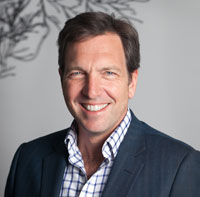 9 Story gets equity investment from Court and ZM Capital

Founded in 2002, animation specialist 9 Story distributes series such as Daniel Tiger’s Neighbourhood, Almost Naked Animals and Camp Lakebottom. The company will keep its existing management team, including Vince Commisso, who will continue as President and CEO. He will report to a newly formed board of directors.

The announcement is in line with an expansion strategy that began with 9 Story striking a deal to acquire the children’s and family library from indie producer CCI Entertainment last year.