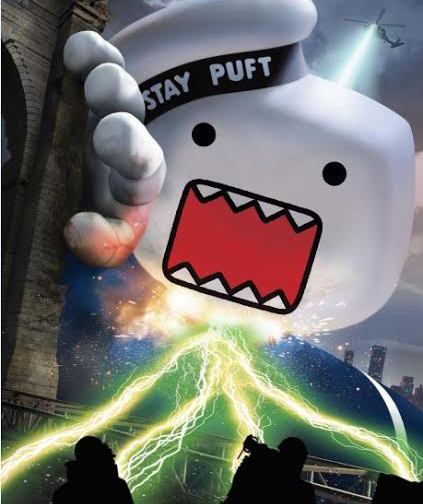 Domo will take the form of the Stay Puft Marshmallow Man, Slimer and a Ghostbuster in new deals with Funko, Underground Toys and Kelly Toys.

As Ghostbusters celebrates its 30th anniversary, Domo can celebrate a slew of licensees signing on for the latest co-brand. Branded entertainment company Big Tent Entertianment announced new partners that will see the iconic Japanese public broadcaster mascot take the form of Stay Puft Marshmallow Man, Slimer and a Ghostbuster.

US and UK-based toyco Underground Toys is producing a line of plush, mugs, mobile cases and an assortment of other items for department stores, specialty stores and e-tailers. Their rights will extend around the globe, excluding Asia. For the North American market, family-owned Kelly Toys is creating branded soft-sculptured toys for amusement parks and carnival prizes. Toymaker Funko, which previously worked on a partnership between Domo and DC comics, will create a line of Dom0 Ghostbuster vinyl figures for worldwide distribution, excluding Asia.

The product line, expected to hit shelves this fall, is a result of a deal made earlier this year between Big Tent Entertainment and Sony Pictures Consumer Producst that brings Domo and Ghostbusters together.