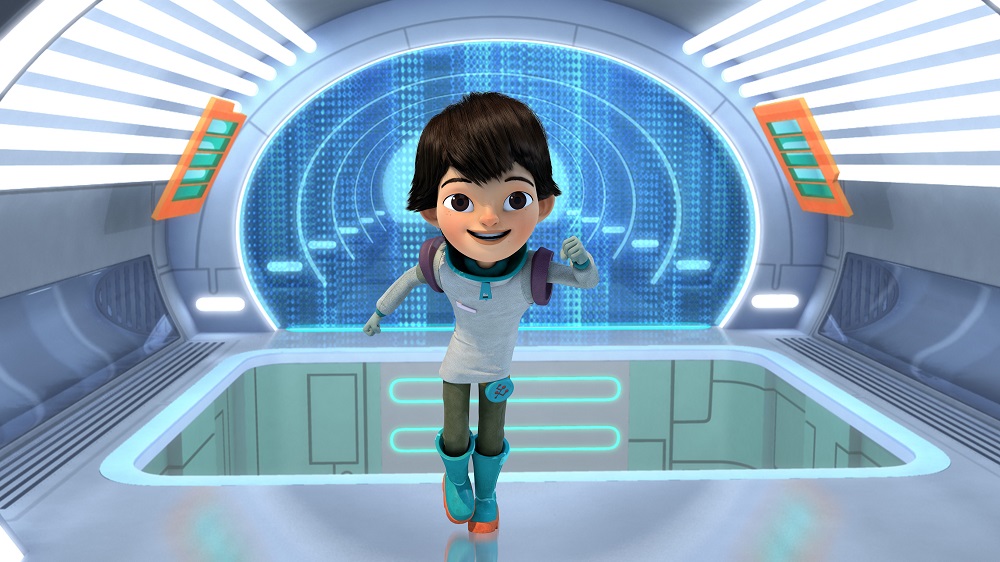 Next stop, Tomorrowland: Disney Junior lines up its next big hit

Disney Junior is lining up its latest series, the space-themed Miles from Tomorrowland, as its next TV and consumer products hit, appointing Tomy as master toy partner.

Disney Junior has rightfully earned its Midas-like reputation. When it comes to turning new preschool properties into gold, you don’t have to look any further than the retail and ratings performance of Doc McStuffins, Sofia the First, Jake and the Never Land Pirates and Mickey Mouse Clubhouse. And the newest channel in Disney’s entertainment empire now has its sights set on making Miles from Tomorrowland its next TV and consumer products hit.

“The series is about one of the first families living in outer space,” explains Nancy Kanter, EVP of original programming & GM for Disney Junior Worldwide. “The family is helping to build the universe’s first intergalactic highway.”

A brainchild of long-time Disney scribe Sascha Paladino, the kernel of the idea for the series immediately caught the attention of the top programming brass at Disney Junior. “We loved it and we felt it was unique,” says Kanter. “There have been other shows that have taken place in space, but this has the perfect combination of exciting space adventures and family. The entry point is really the heart and emotion.”

The initial 24 half-hour eps (each split into two 11-minute segments) will take advantage of a rich setting with an appropriately futuristic bent, featuring technological gadgets and distant planets rooted in both science fiction and fact. Kanter says that part of the delight of developing the series was consulting with a number of different technical and scientific advisors.

“Some of the things we learned, we put right into the script,” she says. “We were told that there are areas in space called ‘Goldilocks Zones’—areas around stars that aren’t too hot or too cold to sustain life. So we built an episode around the search for one of those zones.”

While there is a STEM curriculum underpinning the series, Kanter says that Disney Junior is always cognizant of serving the story and narrative, first and foremost. “We try to bake the learning piece into everything,” she says. “A lot of that is on a social and emotional level rather than technical, and we don’t stop the story in order to explain.”

Early feedback indicates that while the new series was designed to serve kids two to seven, its appeal might indeed be wider in terms of age and gender. “We are seeing that girls are as interested and engaged in the topics as boys,” notes Kanter. “We believe it will hit a very broad demo.”

The consumer products strategy for Tommorowland will capitalize on Disney Junior’s successful track record and the goodwill it has across all US retail tiers. To wit, the first SKUs from Miles from Tomorrowland’s newly appointed master toy partner Tomy will hit retail within a 90-day window of the series’ summer 2015 broadcast premiere. Gone are the days of a 12- to 18-month window to get product on the shelf, says Josh Silverman, EVP of global licensing for Disney Consumer Products, explaining consumer affinity for Disney Junior’s properties does not require a long gestation period.

“It’s a unique strategy,” he says, adding that the success of the Doc McStuffins, Sofia the First, Jake and the Never Land Pirates, and Mickey Mouse Clubhouse licensing programs have convinced retailers to further expand their offerings under the Disney Junior umbrella and take on its new IP without waiting for TV ratings results. “I feel comfortable bringing Miles from Tomorrowland to retailers and our licensee partners, because I know our shows are amazing,” he adds.

The retail placement numbers seem to bear him out. Disney Junior’s global retail sales more than doubled to $1.8 billion for fiscal 2013. And in terms of shelf space, the channel’s properties have doubled their in-line space at major US retailers from holiday 2012 to holiday 2013. And in holiday 2014, they’ll have 95 feet at the big US mass-market outlets like Walmart and Target, plus incremental promotional space.

According to New York-based market research firm The NPD Group, Disney Junior’s Doc McStuffins and Sofia the First accounted for two of the top five properties in absolute dollar growth last year. And while the toy category is the major driver of Disney Junior’s host of properties, its successes have not been limited to that aisle. According to health & beauty giant Johnson & Johnson, Doc McStuffins is projected to be the number one girls license for its Band-Aid brand this year. Sofia the First bedding, meanwhile, is currently the bestselling bedding at Walmart, Toys ‘R’ Us and Bed, Bath & Beyond in the US. And in the booming construction category, Disney has already inked deals to expand its Lego Duplo partnerships, adding two new Jake and the Never Land Pirates and Sofia the First SKUs in 2014, with more on the way for 2015.

Silverman says that while the Miles from Tomorrowland program will follow suit with a robust and wide-ranging product assortment, the initial focus is on getting the Tomy toy line off and running, as it zeroes in on a boys four to six demo with its space-adventure play pattern.

“Tomy just caught the soul and the spirit of the show,” says Silverman. “They really nailed it. It’s a toyetic show with a fantastic core play component. There is a great line of figures and role and vehicle play, and they really captured the futuristic gadget aspect of the series.”

With a growing portfolio of hot properties that hit numerous genres and play patterns, Silverman says the challenge for the Disney Junior portfolio, from a consumer products standpoint, is keeping up with growing retail expectations and making sure each property is given the oxygen it needs to continue to grow its reach. “The toughest part is finding ways to nurture them all,” he says. “It’s a healthy problem to have.”