Are you CN what I'm sayin? In a new campaign from Cartoon Network, catchy phrases from its hit TV series are popping up on billboards across the US.

Are you CN what I’m sayin? In a new campaign from Cartoon Network, catchy phrases from its hit TV series are popping up on billboards across the US.

The quotable billboards are part of Cartoon Network’s summer campaign, which looks to inspire families as they hit the open road this summer. The bubbly billboards include key quotes from characters of popular shows such as Adventure Time, Regular Show and The Amazing World of Gumball.

Their memorable lines are meant to embody the virtues of loyal friendships like that of Finn and Jake, or inspiring words from Gumball himself. Cartoon Network hopes that these words of wisdom will become catch phrases for both kids and parents.

The campaign is already garnering attention on social media, with more than  7.2 million users on Facebook and Twitter checking out posts associated with the campaign.

For more pictures of the billboards, visit #CNSayin on Twitter:  https://twitter.com/hashtag/CNSayin?src=hash.

Below are some of the images from Cartoon Network’s summer campaign: 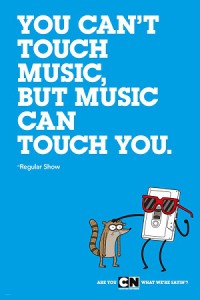 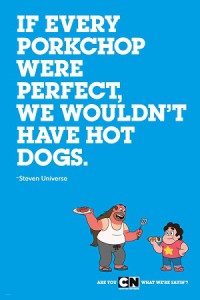