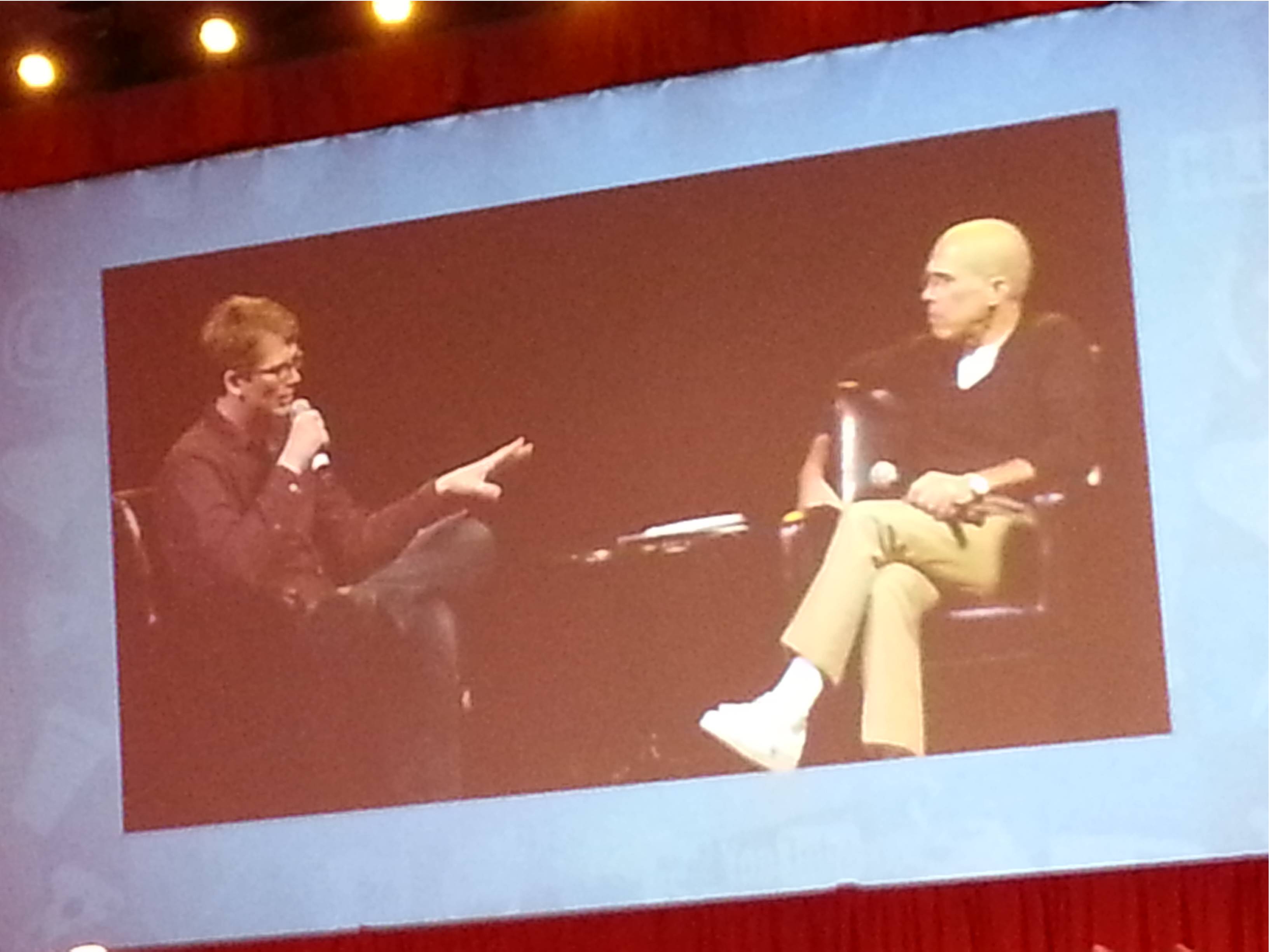 DreamWorks Animation CEO wants to launch spin-offs of the daily best-of YouTube show in the categories of sports, beauty and music.

Produced by DreamWorks Animation and sponsored by Verizon, the daily wrap-up of the best of YouTube has racked up 1.6 million subscribers and more than 25 million views since its debut in January. But Katzenberg said it’s only “the beginning of the beginning” for the show, which is hosted by Jacob Soboroff.

He said he would like launch spin-offs of YouTube Nation dedicated to a multitude of different verticals, including sports, beauty and music.

“You go back to the days of MTV music, and everybody wanted to be on TRL, because that’s where you could be discovered,” said Katzenberg (pictured, right, with VidCon founder Hank Green). “And I think that’s what this needs to be for the YouTube universe. Or, as we call it, nation.”

While Katzenberg stopped short of announcing any greenlights, he exhibited an almost messianic commitment to the concept.

“We have created a lighthouse that is in service of everything that is great, unique and singular in what I believe will be the biggest, most valuable video platform in the world, which is YouTube,” Katzenberg said.

“This is such an ally and a friend to you and every other creator out there. We can get to more verticals so we’re not limited in our bandwidth of what we can do. That’s what we have to do next.”