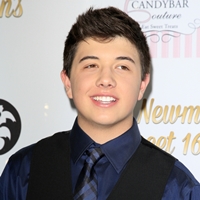 Production has started on Pants on Fire, a movie for Disney XD produced by Vancouver’s Two 4 the Money and L.A.-based MarVista Entertainment.

The comedy will air on Disney XD in the US and the Family Channel and Disney XD in Canada, and is slated to premiere in late 2014.

Pants on Fire is part of a larger multi-picture development deal Two 4 the Money and MarVista have struck with Disney XD, and is the first project the two companies have collaborated on for the channel.

“We’re looking at trying to develop other projects within the same vein, similar to Pants on Fire,”  says Kim Arnott, president of Two 4 the Money Media, declining to disclose how many films were included in the deal.

Pants on Fire will shoot in Vancouver, Canada, and its surrounding area until July 24, including shoots in Abbotsford, Langley, Spruce Meadows (AB) and Maple Ridge. The movie stars stars Bradley Steven Perry, Joshua Ballard and Tyrel Jackson Williams. The budget for the film is about $2.5 million, Arnott said.

The film received financial support from Disney XD and Family Channel, along with Canadian provincial and federal tax credits. MarVista holds the global distribution rights outside of Canada for Pants on Fire.